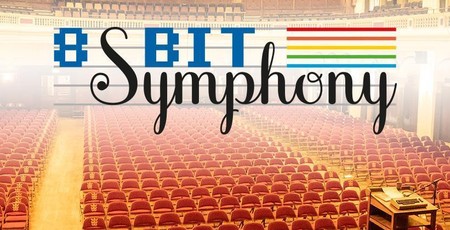 C64Audio.com's Chris Abbott has announced the formation of a charity, 8-Bit Symphony, specifically focused on the preservation - including arrangement, promotion, and performance - of eight-bit 'chiptune' music from the Commodore 64 and other systems of its era.

Founded as a platform for music artists working in the medium of old eight-bit computer and console hardware to share their efforts, whether historical or contemporary, C64Audio.com recently branched out into live performances. Last month, the site organised a live performance of classic computer game music from the Commodore 64, ZX Spectrum, and Amstrad CPC by a full orchestra at Hull City Hall. 'I have apparently been so obsessed with this music,' founder Chris Abbott said at the time, 'that I have ended up acquiring the publishing rights, signing up composers, hosting live events, releasing remix CDs, running successful Kickstarters and even teaching myself orchestral arrangement!'

Now, Abbott has formalised his efforts under a new charity - 8-Bit Symphony - which aims to preserve 'chiptune' music for a new generation, including obtaining rights and creating further arrangements for live performances as well as creating score books, museum events, and and orchestral recordings.

'It's a really exciting time! After our recent success in Hull we want to be able to bring more music to the fans and celebrate the talent of composers,' says Abbott of the project. 'The charity will help ensure that Commodore 64 music (and more) can be performed and enjoyed, like Zelda, Tomb Raider and Mario already are, all over the world. If we don't preserve the music, it will be lost forever to history. Our biggest goal would be to eventually reach the Albert Hall. Wouldn't that be amazing? That journey started decades ago... though we'd also settle for London Symphony Orchestra and the Barbican too!'

The charity's efforts will be funded, initially at least, by a crowdfunding project to record a double-CD album dubbed 8-Bit Symphony Pro and performed by the Czech Studio Orchestra in Prague. The campaign is set to go live on August 9th, with more information available on the official website.