Sony has announced that it is to drop support for the Ustream live broadcast functionality from its PlayStation 4 console, along with the ability to view Ustream footage on the PlayStation Vita and PlayStation Android app.

Ustream was one of two live-streaming services available on the PlayStation 4 at launch, alongside Twitch, and won considerable support from its users thanks to a more permissive content guideline than its rival. Since its launch, the PlayStation 4 has gained support for YouTube Gaming and DailyMotion streaming, but is now to drop Ustream from its supported streaming roster for reasons yet unexplained.

In its official announcement, Sony confirmed that the remove of the software would prevent users from broadcasting to Ustream as well as disable the ability to view Ustream broadcasts from the 'Live from PlayStation' section of the PS4, the PlayStation Android app, and the PlayStation Vita hand-held console. 'We apologise for any inconvenience this may cause and we appreciate your understanding,' the company told users.

Neither Sony nor Ustream have given a reason for the cessation of service, which will take place in August, but it may be related to the acquisition of Ustream by IBM back in January in a deal designed to tweak the company's platform for more enterprise-focused use-cases. 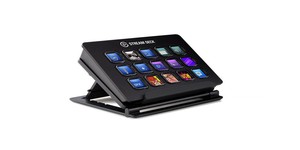