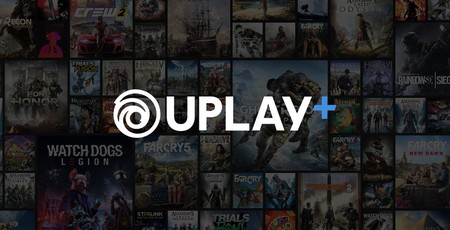 Ubisoft has officially revealed the initial games list for Uplay+, its all-you-can-eat subscription service coming to Windows PCs and Google's Stadia cloud-streaming platform this September, listing 108 titles that will be available at launch.

Originally launched in 2009 alongside Assassin's Creed II, Ubisoft's Uplay acts as combination digital distribution platform and digital rights management (DRM) service - with one of the biggest criticisms levelled against it being the latter function being mandatory even when a title has been purchased from a third-party distribution platform such as Valve's Steam. At the Electronics Entertainment Expo (E3) this year, Ubisoft revealed plans to make Uplay more tempting with an all-you-can-eat subscription service dubbed Uplay+ providing access to more than 100 of the company's games in exchange for a single monthly fee.

Now, Ubisoft has revealed exactly what those games will be. There are, naturally, a selection of the company's latest titles included: Watch Dogs: Legion, Tom Clancy's Ghost Recon Breakpoint, Tom Clancy's The Division 2, Assassin's Creed Odyssey, Far Cry New Dawn, and Gods & Monsters, the latter of which doesn't actually launch until February 2020. The company is, however, leaning heavily on its back catalogue to get the numbers up: Older titles include the original Tom Clancy's Rainbow Six, Uno, Prince of Persia, The Settlers History Collection, Might and Magic VII: For Blood and Honor, and Panzer General 3D Assault. In many cases, online features for these older games are no longer available; Ubisoft also warns that 'where premium or special editions of the game are indicated (for example: Ultimate/Gold/Deluxe Editions), please note editions included in Uplay+ may not include all premium content.'

The Uplay+ service launches in beta form on September 3rd, priced at £12.99 a month (inc. VAT). More information is available on the official website.