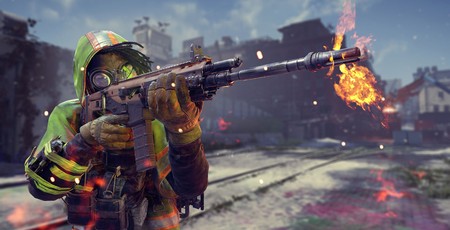 Ubisoft has taken the wraps off a new free-to-play multiplayer competitive shooter. The name of the game is Tom Clancy's XDefiant, and if you indulge you will be one of a team of gunfighters called Defiants, playing 6v6 arena battles and objective-based game modes like Team Deathmatch, Domination, and Escort. In case you are wondering how Tom Clancy fits into this, the game is set in the 'Tom Clancyverse' and factions are borrowed from previous Tom Clancy IPs like Ghost Recon, Splinter Cell, and The Division.

In the game you will pick a Defiant character by selecting a faction, traits, abilities, and an ultra skill. Factions include; the Wolves (Tom Clancy's Ghost Recon), Echelon (Tom Clancy's Splinter Cell), and the Outcasts and Cleaners (Tom Clancy's The Division). Moreover, you will have lots of customization options, weapon, and accessory choices.

Ubisoft is hoping to create a best in class, and fun, competitive shooter, so has lined up a closed beta starting soon. The factions you will be able to play test will evolve, and may get additions, over time. However, the core of this competitive shooter experience is going to be the gunplay – plus the realistic look, feel, and abilities of weapons you will be able to make use of, according to Ubisoft. It seems like in your group you will not all have to be the same faction, Ubisoft is giving players the freedom to mix things up in this regard. An important part of the development of Tom Clancy's XDefiant are going to be the early rollout phases and the feedback Ubisoft San Francisco gets – so Ubisoft are asking you to participate on whatever platforms you enjoy gaming. XDefiant is coming to Ubisoft Connect (PC), PlayStation 5, PlayStation 4, Xbox Series X/S, Xbox One, Luna, and Stadia. An early access gameplay test is going to begin from 5th August and you are encouraged to go and register for this (make sure to select your region on the site at the bottom right, I've linked to the US/Canada page). More tests are said to be on the way, in case you register and don't get invited this time around.