Starbreeze has announced it is bringing back the 90s in a most glorious fashion: with the launch of a physical arcade hall dedicated to virtual reality.

There's no denying that virtual reality is a hot topic at present, but the technology remains inaccessible to the majority: aside from relatively primitive devices designed to use an existing smartphone as a display, such as Google Cardboard, commercial virtual reality rigs are expensive, even before you factor in the cost of a computer capable of driving them - or at least, they are going to be expensive, when the much-delayed hardware finally launches.

It's much the same problem that head-mounted display sets had in the early 1990s, but on a different scale: the most popular VR rigs in the 90s were from the Virtuality family, which was priced so high it was entirely unaffordable for private use and was instead sold into arcade halls where players could queue to pay £2 for up to five minutes of nausea-inducing multiplayer first-person combat. Compared to Virtuality, an Oculus Rift or similar is a bargain - but Starbreeze reckons that 90s arcade operators were onto something.

'We continue to iterate the fact that VR really needs to be experienced in person to fully be able to appreciate the phenomenon, and why not have your first experience in a real premium setting in our StarVR headset? We've managed to secure a prime location where people are welcome to step into our StarCade and enjoy our Overkill's The Walking Dead VR experience,' explained Starbreeze chief technical officer Emmanuel Marquez of his company's plans to open a Virtuality-style arcade hall in Los Angeles. 'We're developing our own StarCade catalogue of experiences, but we're open to any content. We will invite developers to join us and give them the opportunity to put their content in our StarCade. We as an industry continuously need to educate ourselves to make VR truly successful, and this is just the first step in our planning to do so.'

Starbreeze has not yet indicated how much it plans to charge for time on its headsets, nor how many of its own-brand StarVR devices the hall will host. 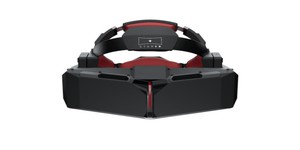