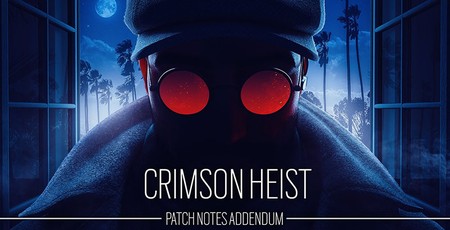 Tom Clancy's Rainbow Six Siege was released nearly six years ago but is still going strong. Testament to this fact is that as the Crimson Heist went live, players have flooded back to the title and broken all previous concurrent player records.

According to SteamDB, which tracks this sort of thing, Rainbow Six Siege enjoyed its concurrent player peak on Saturday, with 201,053 players simultaneously enjoying the tactical close quarters combat multiplayer game.

As well as the new Crimson Heist content, Rainbow Six Siege  was very likely bolstered by the free week currently offered by Ubisoft (expires Thursday 25th March). Moreover, you will see that it is on sale at 60 per cent off from either the Ubi-Store or Steam.

Previously there have been some glances of Rainbow Six Parasite available via the odd info titbit, image or short video clip. Going from famine to feast, over the weekend, a Facebook streamer has released over an hour of gameplay from the upcoming co-op PvE title. It is still live at the time of writing but you can find it mirrored on YouTube if the link goes dead.

The footage you can watch is of a tutorial for Rainbow Six Parasite. You can see that the signature Rainbow Six Siege gunplay and tools are present, "including drones, barricades, and destructible walls, as well as six of its operators: Alibi, Lion, Vigil, Ela, Finka, and Tachanka," notes PC Gamer. In each mission in Parasite you will be up against the alien Archaeans. A mission will typically start with intelligence gathering where you sneak around and see the lay of the land, spot nests of your foes, and you might take down stray aliens, pick up bonus items you find, take tissue samples, and mark the nests at this stage. Later on you can return in force to wipe out the aliens – but be careful of their sticky biofilm which will slow you down.

Between levels Rainbow Six Parasite teammates collect in airlocks where they can mount the next scout operation from – but each level is more dangerous and alien-filled than the previous one.