Controversial developer Running with Scissors has announced that Postal 2 is to be included in a new art exhibit at the Nobel Museum in Sweden that will focus on free speech.

According to MTV the gory and totally-NSFW game will be included in an exhibit about free speech titled How Free is Free?

Postal 2 attracted much attention when it was first released, giving players the chance to stalk and torture passers-by, as well as urinate on enemies (or allies). The game was also heavily negative in it's portrayal of Muslims and was full of swearing and exorbitant gore. Postal 2 featured weapons like anthrax-filled cows heads and machine guns that could be silenced by putting live kittens over the barrel.

As such the game is being included in the exhibit, asking the question of "What happens when freedom of expression is used as protection to spread prejudices and messages of hate?"

"Having something something of a heavy crush on freedom of speech ourselves, RWS was only too happy to co-operate," the developer said in a statement, adding that they'd worked closely with the Nobel Museum on the exhibit.

Running with Scissors is current hard at work on a third title in the Postal series, which will this time be a third person shooter and include new weapons like rabid badgers strapped into harnesses. The franchise has also been adapted into a film directed by Uwe Boll.

The exhibit opens in Stockholm on the 12th of February - let us know in the forums if you're going to pop along. 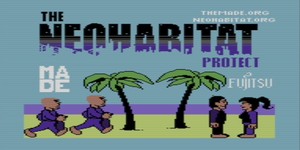 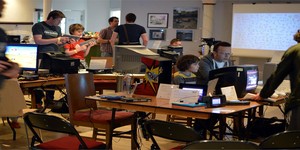 Cardiff's The Arcade Vaults to open in November