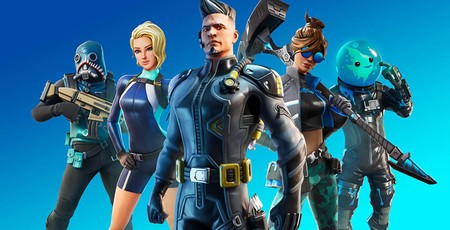 Epic Games has announced that it is delivering a new Performance Mode to its popular Battle Royale game. Fortnite PC performance Mode arrives today in Alpha form as an option within the graphics settings menu (alongside switches for DX11 and DX12). Depending upon your hardware you can realistically expect your gaming framerate to more than double, according to low-end laptop samples tested by the developer. An added bonus is that playing in Performance Mode will allow you to trim your game storage by 14GB.

In the main screenshot above you can see that Performance Mode is easily toggled in the graphics settings menus in Fortnite on PC. If you are using a lower-spec PC to play Fortnite, Epic will begin to get a prompt to try out his mode for an FPS boost. However, please remember this feature is currently in 'Alpha' status, so it might have some issues. Note that Performance Mode only works in Battle Royale and Creative modes, for now. Epic tested the new mode in a number of systems to illustrate the performance benefits available to switchers. On an Intel Core i5-8265U laptop with UHD Graphics 620 and 8GB of RAM, Epic saw a performance increase from 24fps to 61fps on average. This is with the game running the existing low scalability mode in a standard Squads match, compared to the same match running in Performance mode using 720p during both runs. Another example from Epic was of an AMD A10 APU laptop which benefitted from a performance improvement from 18fps to 45fps.

Alongside this new Performance Mode on PC, there are new install choices in the Epic launcher. If you play in Performance Mode you don't need the HD textures so you can toggle them off under the install options to save over 14GB. This can trim the total game install to approx 17GB.