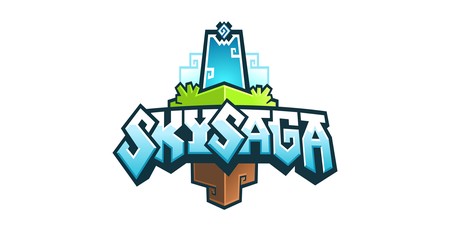 Radiant Worlds, the game development firm founded by Dizzy creators Andrew and Philip Oliver, has warned that it faces 'a large number of redundancies' following the apparent cancellation of its sandbox adventure title SkySaga.

Best known for having created the Dizzy series of puzzle games in the 1980s, starring a sentient egg wearing boxing gloves, the Oliver twins founded Radiant Worlds in 2013 following the closure of their previous company Blitz Games Studios - itself founded in 1990 as Interactive Studios - which left creditors holding the bag for a reported £2.2 million in debt.

The company quickly found funding in the form of a partnership with publisher Smilegate Entertainment to develop a free-to-play sandbox adventure title dubbed SkySaga: Infinite Isles. Since the partnership was agreed, Radiant Worlds has been working on SkySaga as its sole project - leaving it in a precarious position now untenable following Smilegate's decision to put the project on hold for an indefinite period - a move which has given it cause to refuse to renew its contract with Radiant Worlds.

'We were extremely shocked and saddened to hear Smilegate's decision. Despite an extended period of negotiation, this came as a total shock to us, especially as we continue to believe the game has enormous potential,' says Philip Oliver, Radiant Worlds' chief executive, of the news which puts the company's entire staff under threat of redundancy. 'We have been 100 percent dedicated to developing SkySaga for Smilegate for several years but since there is no prospect of obtaining enough replacement business within a realistic timeframe, we have been left with no option but to notify our staff of the intended consultancy period today.'

'This is a terribly sad outcome after a fantastic four years of working on this amazing game,' adds Andrew Oliver, the company's chief technical officer. 'We are incredibly proud of what the whole studio has created, and it's hugely disappointing to us that none of them will get to follow up on that work and see the game through to a full commercial release, as they all deserve.'

For creditors concerned that this may mean a repeat of the Blitz Games closure and subsequent debt defaults, chair and chief operating officer Richard Smithies offers some reassurance: 'We are all devastated at Smilegate's decision but I can confirm that Radiant Worlds is in a strong financial position and has the ability to meet all of our statutory and contractual obligations to all staff and external suppliers. This is not an insolvency situation and we are totally committed to doing whatever we can to support everyone involved.'

Smilegate has not announced its plans for the SkySaga intellectual property.

Fable developer Lionhead is shutting up shop today, after no interested buyers were found