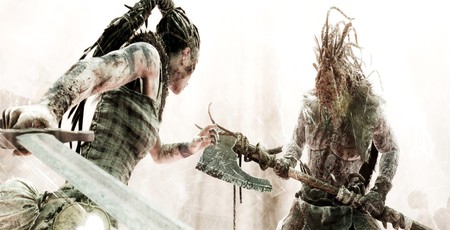 Developer Ninja Theory has announced that it is to donate all proceeds from sales of its latest title, Hellblade: Senua's Sacrifice, to UK charity Rethink Mental Illness to mark today's World Mental Health Day event.

Summarised in our recent review as 'dark and distressing yet hugely rewarding,' Hellblade: Senua's Sacrifice is no stranger to the concept of mental health issues: Lead character Senua's struggles with psychosis, manifested in the game world as disembodied voices and hallucinations the player needs to attempt to separate from the world around her, form the central premise of the game.

The welcome news that developer Ninja Theory is donating proceeds made from sales throughout today, World Mental Health Day, should come as little surprise, then. 'We are today announcing that all proceeds received by Ninja Theory from the sale of Hellblade: Senua's Sacrifice on World Mental Health Day (October 10th) will be donated to mental health charity Rethink Mental Illness,' the company explains in its blog post on the matter. 'Rethink Mental Illness exists to support and campaign for those severely affected by mental illness. They help millions of people affected by mental illness by challenging attitudes and changing lives. We are delighted to be supporting this important work with this donation.'

The donation, which applies only to purchases made on Windows and PlayStation 4 platforms, will see Rethink Mental Illness receiving all of Ninja Theory's cut of the proceeds, minus sales tax and platform fees - money that is not Ninja Theory's to give away. Those who already have the game, or simply don't want to purchase it, can also donate directly at the Rethink website to support the charity's work. 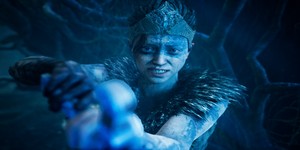 Dark and distressing yet hugely rewarding, Hellblade is a powerful and absorbing masterclass in virtual empathy.

Over his life, not all tomorrow.