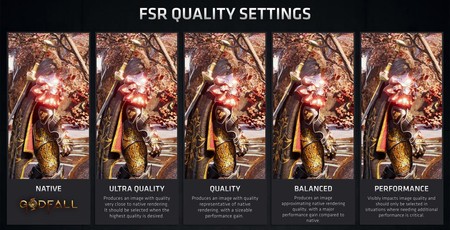 Last month, Bit-Tech wrote about the generally warm reception with which the release of the first batch of AMD FidelityFX Super Resolution (FSR) games was greeted. There are currently 10 official FSR supporting games available, with the latest addition being Elite Dangerous: Odyssey. However, despite the long list of developer support, we only know of 11 more games where FSR support is confirmed.

One of the advantages of FSR is in its simplicity of implementation – through developers should still take time to optimise things, and have talked about doing so in AMD channel YouTube videos. There are some games which allow mods to the graphics rendering pipeline, which has left the door open for modders / enthusiasts to add FSR (among other things). GTA V is one such game.

Modder NarutoUA has taken advantage of GTA V's openness to implement AMD FSR in the game's graphics settings menus. This implementation removes the simple resolution scaling setting in the game with AMD FSR providing four FSR levels (Performance, Balanced, Quality, and Ultra Quality) as well as the option to turn off this advanced spatial upscaling algorithm.

Late last week, NarutoUA published a video showcasing GTA V running in native vs Performance and Quality modes. The video has markers in it, so you can skip to the comparison you are interested in. Since that video upload, the implementation (available via GitHub) has been refined to version 1.0.2, mainly for the compatibility with FXAA/MSAA/TXAA on/off. Applying the mod seems to be as simple as switching out a DLL and modifying an INI, but please have full recent backups before modifying software in this manner. Also, modding some games can result in online bans, depending on the game and developer. Of course, FSR was developed to bring performance improvements without as noticeable degradations in graphics quality as you would get with upscaling/sharpening filters. However, the video shared by the developer doesn't really share such benefits with its slow paced scene selection.