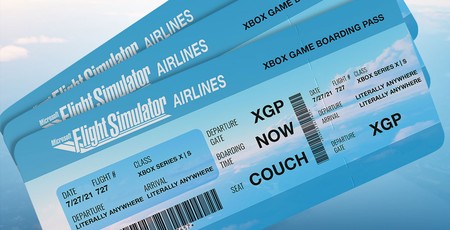 On Tuesday, Microsoft / Asobo announced that Microsoft Flight Simulator on PC received a performance improving patch, and had been released on the Xbox Series X/S and Xbox Game Pass. There are other niceties delivered in the latest release too, so please read on.

Xbox gamers can at last play Microsoft Flight Simulator (MSFS), months after the title landed on PC. It seems that there was quite a degree of optimisation work required to get this game working smoothly on the consoles, but that effort has been fed-back onto the PC platform as, coinciding with the console release, we get a patch delivering a significant performance update, as well as other new features.

New features in the latest version of the game include "Discovery Flights, location labels to aid with orientation, Anti-stall & Auto-trim assists, a Flight Assistant toolbar panel during flight allowing to quickly setup a flight plan to reach nearby airports and POIs, an updated cockpit interaction model supported by more informative tooltips, additional landing gear types to land anywhere, enhanced training flights, and cross-play/cross-save between PC and console," according to the official forums. What about the new levels of performance, which will be warmly welcomed, especially for those with more modest PCs? According to the update patch notes, Microsoft / Asobo tacked the performance issues from several angles. The developers have improved multi-core CPU support, implemented better memory and GPU usage algorithms, improved loading times – and users should see these results in a better experience, with any stutters seen previously "significantly reduced". The day one patch required to get your Xbox copy of the game updated is 27.6GB, and the PC update size is about 40GB.

For an example of the performance uplift seen on a powerful modern PC, Tom Warren of The Verge, says that his system runs the game at 1440p ultra settings and has seen average frame rates boosted from 45 to 68fps. He notes that while the Xbox Series X/S version of MSFS launches with DX12 implemented, the Windows PC version is still on DX11, leaving further performance improvement potential, and ray tracing enhancements, open.