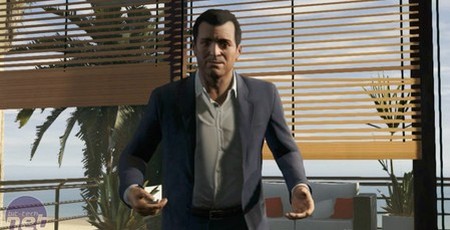 During lockdown, Grand Theft Auto V sold over 400,000 copies in the UK alone demonstrating that, somehow, there are still people who haven't got round to buying it.

This figure was uncovered by sales data courtesy of the Entertainment Retailers Association (via Eurogamer) which looked at what games and other form of media sold the most between 23rd March to 13th June, otherwise potentially appropriately titled as the peak lockdown era. Grand Theft Auto V sold 438,902 copies in that time which isn't bad at all for a game that's nearly seven years old with reports suggesting that as of this month, the game has shipped over 135 million copies around the world across all platforms.

It was generally a good time period for all games with the top 40 comprising of 21 games in all with a mixture of films and a couple of music albums taking up the rest of the slots. The ERA compiles both physical and download sales but not all publishers supply it with download numbers. Still, this is a fairly accurate demonstration of what many of us consumed during this time.

The biggest selling game was FIFA 20 with 506,572 sales, followed by Call of Duty: Modern Warfare at 474,902 and Grand Theft Auto V coming in at third. Intriguingly for a fairly mediocre game, Monopoly Plus came in at the fifth gaming slot with sales of 253,045. Potentially a sign that people were desperate to enjoy board games during this stressful time, albeit with a modern day flourish? It technically outsold Animal Crossing: New Horizons although it's worth noting that Nintendo doesn't provide download sales figures which would explain why Animal Crossing: New Horizons isn't higher up in this chart given it was recently announced to have sold 22.4 million copies worldwide.

Football Manager 2020 also performed respectably with 84,104 sales to fans keen to enjoy some form of football while there wasn't anything to watch.

The gaming sales figures don't quite tell the full story as they don't include microtransactions or free-to-download games such as Fortnite. Nor does it include subscription services for fairly obvious reasons. It's still a decent insight into how we attempted to relax during the rockiest periods of the year, though.