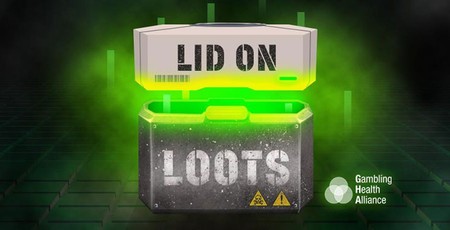 In a timely reminder ahead of Christmas, the UK's Gambling Health Alliance (GHA) is warning parents about the financial cost of video games containing paid-for loot boxes. The registered charity has researched problems that young gamers can fall foul of and published a summary of its findings yesterday.

The average price of a video game in the UK is £35 – even with this significant upfront payment games developers/publishers have no qualms in trying to generate a constant stream of income from people who have paid for their product.

The headlining issues uncovered by the GHA report are as follows:

It seems that the child 'victims' of paid for loot boxes are aware of the built-in unfairness of such items in games but once they were hooked on playing three main factors made it hard to resist spending more money for the in-game items. Particular drivers to purchasing include; pay-to-win game mechanics, very low odds of valuable items through gameplay, and features of the loot boxes made them addictive. Gaming companies are naturally reluctant to remove paid-for loot boxes as recent figures show they made $30 billion on them worldwide in 2018 with estimates this sum will rise above $50 billion by 2022. In the UK alone, the current estimate of loot box spending is £750 million per annum.

The GSA is currently running the #LidOnLoots campaign to raise awareness of the above listed problems and help reduce the scale of the problems faced by young people and their families.

Duncan Stephenson, Chair of the GHA and Deputy Chief Executive of RSPH (Royal Society for Public Health) underlined the seasonal message, "We are calling for parents to be aware of the risks of loot boxes when buying presents this Christmas, and to boycott games with these predatory mechanics until we see them classified as a form of gambling and removed from games played by under 18s."