Epic Games Store not expected to return a profit until 2027 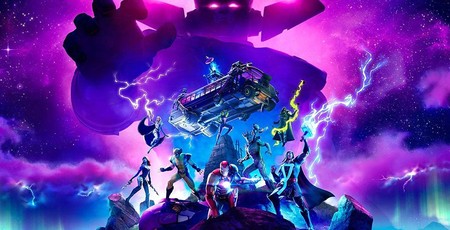 The Epic Games Store made quite a splash when it landed in 2019. When it arrived we heard the philosophy behind the store – that it was designed to provide greater customer choice and challenge the existing 70/30 dev/store status quo in favour of the games makers. However, Epic's seems to have two major strategies to penetrate this competitive market – store exclusives and giveaways – and the first of these strategies has gained sour remarks from Steam diehards.

Epic is currently fighting on another front – against Apple, which also likes to extract a 30 per cent commission for operating a digital storefront (it recently cut 'dev tax' to 15 per cent, on annual revenue under $1 million). Documents shared ahead of the trial in May are now available and Epic's digital store income and expenditure have been laid bare.

Some of the key figures about the EGS unearthed via the legal documentation are bullet pointed below:

It appears that Epic is using the huge success of Fortnite as a cash cookie jar in its EGS crusade. The significant losses outlined in the bullet points above are largely due to the "unrecouped costs" of minimum guarantee payments to AAA game developers. For example, it paid the parent company of the publisher of Control €9.49m for PC exclusivity for a period crossing 2019/2020. These payments to multiple parties added up to a rather astronomical $444 million in 2020. In 2021 the payoffs for PC exclusives are expected to total $330 million. Apple is highlighting these losses as it wants to show the court that the 88/12 split offered to devs by EGS is losing the company money hand over fist and is clearly not a viable business model for years to come. However, Epic has previously commented, with Valve in its sights that it will phase out its exclusives if Steam matches its 88/12 split, and I'm sure that it is aiming to force Apple to move to this ratio too. Yesterday Epic boss Tim Sweeney commented that "Apple spins this as 'losing money', but spending now in order to build a great, profitable business in the future is exactly what investment is! It's equally true whether you're building a factory, a store, or a game."