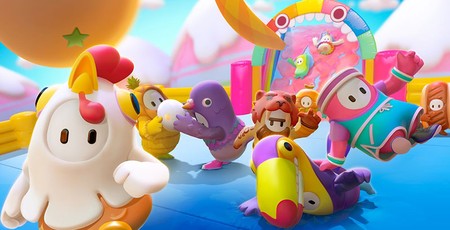 Tonic Games Group is joining Epic Games in a deal for an undisclosed sum. While you might not have heard of Tonic Games Group you will likely be aware of its big hit – Fall Guys: Ultimate Knockout – which has been a crowd-puller not just for gamers but with social media game streamers on YouTube and Twitch. Epic Games seems to have a taste for successful indie studios with this acquisition following its buyout of the Rocket League Studio, Psyonix, in 2019.

"It's no secret that Epic is invested in building the metaverse and Tonic Games shares this goal," wrote Epic founder and CEO in a statement on the firm's official news blog. "As Epic works to build this virtual future, we need great creative talent who know how to build powerful games, content and experiences". Tonic Games Group's co-founders sounded equally positive and happy with the acquisition. One commented on his excitement in joining up with Epic to build and support more games. Another continued in a similar vein, adding syrup by stating "together we will be able to reach greater heights."

Importantly for Fall Guys players, Epic asserted in its official news piece that there will be no change to the Fall Guys winning formula. The gameplay will remain the same and Epic will invest in making the game a great experience across platforms. Moreover, Epic reminded us that Fall Guys will be spreading the love from PC and PlayStation with Xbox and Nintendo Switch versions coming shortly.

With the cosy talk from the various deal parties talking about shared visions etc above, it is interesting to look back at a Unity 3D case study about why this pair got together to launch Fall Guys and managed to forge a "top-notch player experience," for a multitude of players.