In celebration of its 20th anniversary - yes, it really has been that long - Epic Games has announced the release of a retrospective soundtrack collection, featuring music from a subset of its two-decade back-catalogue.

Much of the music included in the collection will come as no surprise to anyone familiar with the company's first- and third-person shooter obsession: themes and incidentals from the Unreal Tournament and Gears of War series are present and correct, along with the main theme from arcade-style blaster Bulletstorm.

Other entries in the list may come as a surprise to anyone who missed out on the company's work in its first decade: entries from side-scrolling rabbit-based platformer Jazz Jackrabbit and its sequel are particularly upbeat compared to the rest of the tracks, as is the Space table background music from Epic Pinball. Even 1992's little-known Jill of the Jungle - from back when the company was known as Epic MegaGames - is represented in the collection.

Finally, the collection is rounded out with the main theme from top-down scrolling shooter Tyrian, a track each from iOS-based fantasy title Infinity Blade and its sequel, and the main theme from side-scrolling sci-fi arcade hit Shadow Complex. As a final incentive to download, Epic has included the Cole Train Rap from the end credits of the original Gears of War - although if you've heard the 'song,' you'll be pleased to hear it's an optional download.

All the songs are available to download in DRM-free 320K MP3 format from the Epic Games website, although you may want to go equipped with a download manager as the company has chosen to provide each song as a separate download. 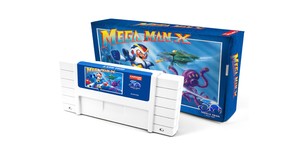 We get hands on with the final four contestants in this game-making challenge for students.