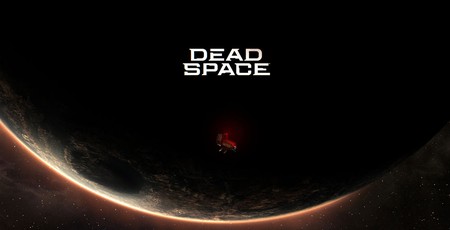 EA live-streamed its EA Play Live event yesterday evening with a raft of interesting trailers, reveals, gameplay footage, and other news. You can catch up on the full live stream embedded below, and later in the article I will give you times to skip to, to see the part of the show about a particular game.

One of the biggest announcement s/ surprises of the show was kept until last (video: 1hr 27mins 30s). EA heralded the return to Ishimura, with the announcement of a Dead Space remake. It says Motive is remaking this survival sci-fi horror classic and rebuilding it from the ground up for modern PC and console architectures.

Dead Space (remake) will "feature completely rebuilt assets and all-new technology, using the powerful Frostbite engine to craft a terrifyingly immersive experience," says EA. However, it promises not to change any of the experience – it will just become more real and immersive with the modern graphics. EA hasn't set a date for the release of Dead Space (remake) but it has confirmed it is only coming to PlayStation 5, Xbox Series X/S, and PC.

Moving along to one of the other big announcements of the night – EA has unveiled Battlefield Portal, an all-new, community-driven platform that will give players the ability to discover, create and share unexpected battles (video: 1hr 15mins 50s). Think of it as something akin to a creator mode for Battlefield 2042 – for which it will be the second major expansion.

Users can make a Battlefield of their own thanks to the tools provided with this release. The maps and assets you can play with aren't limited to Battlefield 2042, either. EA has included modern reworked maps and assets from the likes of Battlefield 1942, Bad Company 2, and Battlefield 3, too. Mix up these assets for fun, and share them with others. Some of the fever dreams suggested by EA include; a whole army from World War II vs. a squad of 2042 Specialists, Tank vs. Snipers, or knives vs defibrillators (as shown in the video trailer). We don't have a precise date for the Grid Legends release, only that it is coming in 2022. It will be released for Xbox Series X/S,  Xbox One, PlayStation 5, PlayStation 4,and PC.

Other titles that EA showcased last night include: