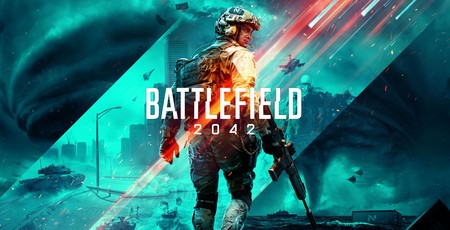 EA / DICE have unleashed the Battlefield 2042 reveal trailer. Alongside the video, put together using 'game engine' footage, a press release outlines the near-future brink of WWIII first-person shooter that EA claims is "set to revolutionize the modern multiplayer sandbox". Key features of the new title are; matches filled with up to 128 players (PC and newest gen consoles), real-time events that reshape the battlefield and tactical combat, plus all-new weapons, vehicles and gadgets.

The story behind this dystopian near future game is that while the US and Russia are drawn into all out war due to shortages of food, water and energy, refugee populations spring up 'No Pat Specialists' willing to fight on either side for the perceived benefit of the large number of citizens of various failed nations. These specialists will fall into one of four classes, as we have seen in previous games, but there is an extra layer of specialisation – with 10 specialists available from launch (only four outlined so far) and one more introduced every quarter in the coming year. Specialists offer a special trait and speciality, as well as being adept with a wide range of standard weaponry.

Modes of gameplay include the all out warfare fan favourites Conquest and Breakthrough, featuring the largest maps ever for the franchise, and up to 128 simultaneous players (64 limit on previous gen Xbox and PlayStation consoles). The Hazard Zone is described as an all-new, high-stakes, squad-based game-type. Lastly a third mode, being developed by DICE LA is yet to be revealed, but it is teased that this mode will be "a love letter to Battlefield fans and one that long-time players will feel right at home with". So it isn't Battle Royale. Next up on the Battlefield 2042 publicity roadmap is a gameplay focussed reveal trailer coming this Sunday. Then, on 22nd July, more details and the undisclosed DICE LA game mode will be unwrapped at EA Play Live. EA plans to have an 'open Beta' for EA Play members and pre-order customers. Later there will be a 10-hour trail for EA Play members starting from 15th Oct, before general global release on 22nd Oct.  The game will cost from US$59.99 / £49.99 with some editions costing double this amount.