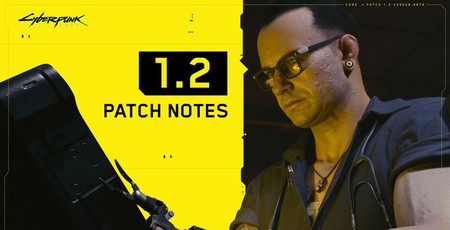 The Cyberpunk 2077 Patch 1.2 has arrived for PC and consoles. This is a significant download which weighs in at 35GB or thereabouts on PC, Xbox and PlayStation systems. However, there are significant fixes, tweaks and improvements – with over 500 listed in the official patch notes. Scrolling down to the PC-specific patch notes section you will find in position one that the CDPR developers have "enabled Ray Tracing on AMD graphics cards". It adds that the latest GPU drivers from AMD are required to get this feature up and running. Other PC-specific fixes centre on keyboard input quirks, the introduction of a dedicated mod folder, and concern playing in very high and non-standard resolutions like 8K and 5K ultrawide. Obviously console gamers don't have to worry about such things, but they have their own lengthy lists of specific fixes.

Elsewhere in the humungous fix list you will find a great deal of what I could describe as game world, mission and UI wrinkles ironed out. Some of the biggest bugbears that have been quashed are documented on the Cyberpunk 2077 blog which offers video snippets of the remedied gameplay segments/features. This blog focuses in on: Last but not least, some of the work put into Patch 1.2 is said to make for an overall improved gaming experience. Memory and other optimisations by the devs make for faster performance and less crashing in the game, we are told. Those with older gen consoles and less powerful PCs will notice these optimisations more easily.