Cyberpunk 2077 Patch 1.1 released on all platforms 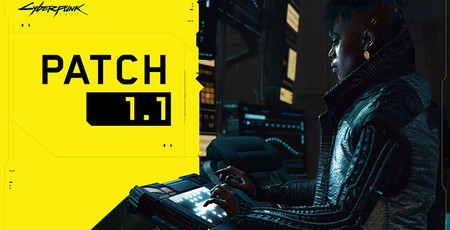 After a stream of Hotfixes since the release of Cyberpunk 2077 back in early December, CD Projekt Red (CDPR) has released the first major patch across all platforms. Patch 1.1 became available late Friday and is now available for gamers on PC, Xbox, PlayStation, and Stadia platforms. The update is almost wholly focused on stability improvements and ironing out mission progress glitches but is said to "lay the groundwork" for later updates.

Quite an extensive list of quests/open word interactions have been bug fixed. From the list it appears to have been a rather common issue that a gamer completed a trigger interaction for the trigger to fail or never complete – meaning nothing happens, leaving your progress in limbo. CDPR noted that it "Fixed an issue where Takemura wouldn't call in Down on the Street". However, this weekend it has been spotted that there is a new Takemura issue where after the call he sometimes doesn't speak - this again may leave you in limbo unable to complete the quest and having to revert to an earlier save.

As a Bit-Tech reader you probably will be using your PC to play Cyberpunk 2077 but the patch size varies depending upon your digital store. On Steam Patch 1.1 weighs in at over 5GB due to fixes for the Steam achievements syncing system, On GOG the patch is just over 1GB. Both patches are available now, as are the downloads for consoles and Stadia. From a roadmap published by CDPR it looks like Patch 1.2 isn't far off and then the developer will start to turn its focus onto multiple free DLCs and improvements, as we grew accustomed to in previous CDPR titles.