Crytek has denied reports that it is on the verge of bankruptcy, even as anonymous sources claiming to be current staff at the company complain of missed paydays and mismanagement.

Best known for the Crysis family of games and the related CryEngine game engine, Crytek has recently been looking to take on Epic's Unreal Engine in a major way. Recently, the company promised the engine would be ported to Linux while offering a subscription-based licence that allows hobbyists and indie developers easier access to the software. The latter is hard to interpret as anything other than a response to Epic doing the same two months earlier. Prior to that, Crytek announced in 2012 that all its future first-party titles would be free-to-play, a major model shift.

The company is reportedly struggling to keep its finances in order, however. A report on the German site GameStar has been spotted and translated by Eurogamer, and makes some strong claims: that the company is close to bankruptcy, its staff are being poached by other game developers, and the future of the company rests on a buyout offer from World of Tanks maker Wargaming or an unnamed Chinese firm.

Eurogamer's research goes still further, quoting anonymous sources claimed to be current employees in Bulgaria who state that they have not been paid in the last two months while others from the company's UK arm suggest that payments have been delayed as a result of mismanagement.

'Regardless of what some media are reporting, mostly based on a recent article published by GameStar, the information in those reports and in the GameStar article itself are rumours which Crytek deny' the company told Eurogamer in a statement on the matter which fails to address the apparent disgruntlement of its employees and missing salaries. 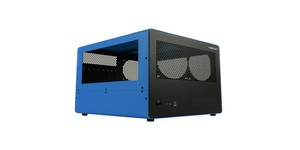 Leaves only Frankfurt and Kiev open.