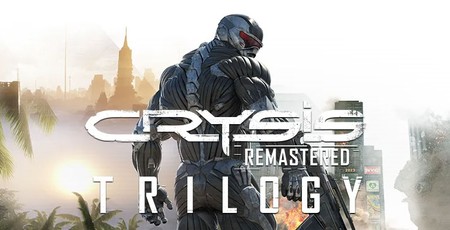 Crysis Remastered debuted on PC last September, and it is now certain that Crytek is going to rinse and repeat this strategy to conjure up a remastered trilogy. The games compilation is scheduled for release in autumn this year, and is going to be made available for PCs, as well as consoles like the PlayStation 4, Xbox One, Nintendo Switch – just like last year. Crytek says that the remasters will all be enhanced for "even smoother" gaming on next gen PS5 and Xbox Series X/S.

The original Crysis was released in 2007 so its remaster proved a significant update. Crytek has continued to work on this remaster, and since launch we have seen ray tracing implemented, a new boost mode put in place, as well as the arrival of Nvidia DLSS support this March. The newer Crysis 2 and Crysis 3 were published in 2011 and 2013, respectively  -so they come from a better base, but both are 10 years or so old now, so will definitely benefit from new graphical frills.

Crytek's blog post says that all these remasters are the result of collaboration with Saber Interactive. One thing about the new trilogy must be highlighted though – these are the single player missions only. If you thought you might play the remasters in multiplayer modes then you appear to be out of luck. If you have already bought into this remaster series and acquired Crysis Remastered in the last few months, Crytek says that the individual games are going to be available for sale separately. At the time of writing we don't have any pricing details about the trilogy, nor the Crysis 2 or Crysis 3 remasters. One hopes that if you bought the first remaster there will be some kind of bundle discount.

Release is still quite a way away – 'this fall', so we will likely get more images / videos, and details about the newer remasters in the meantime.