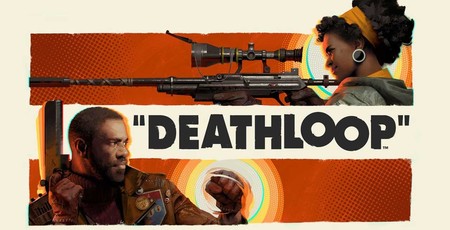 Bethesda / Arkane's Deathloop, an action adventure FPS game with an interesting premise, is due to become available on Tuesday 14th September. It is a timed exclusive for the PlayStation console, however, that isn't elbowing PC users out of the way, just Xbox gamers, so it will be available on PCs from Tuesday too. Bethesda has just published a blog post about Deathloop's PC specs, PC advanced features, and enhancements – to remind us the game is launching soon, as well as providing this useful info.

Before we go on, it is worth a recap on the underlying game. Deathloop has you playing as Colt, an assassin, stuck in a time loop on the island of Blackreef. Colt has eight targets (the Visionaries) to despatch on one night on the island where a wild party is taking place, and where his targets will all be. In essence, the task at hand is to despatch all eight targets in 'one night' – but while Colt gets to relive the night again and again until the 'deathloop' is broken, and can remember what has happened previously, his victims aren't so lucky. Another thing to consider is that Colt is a known enemy of the Visionaries, so they all want to kill him (you) too, and one of the targets (Juliana) is an assassin assassin – which makes your brief all the more difficult – though she can't learn from the time looping experiences. Above, you can see the various levels of PC spec that are recommended for common settings. They very much speak for themselves. If you find yourself stuck between great visuals and your target performance on PC you will probably welcome the wide range of settings that can be adjusted:

In addition to the above you can also alter the FOV between 65 and 110 degrees, you will find support for UltraWide monitors, and it is good to see Arcane has implemented AMD FidelityFX Super Resolution support (FSR). While your purchase of Deathloop won't let you play until 12:00am midnight, in your time zone, on 14th September, you will be able to preload the game 48 hours earlier.