Arkane co-creative director Rafael Colantonio has claimed that his company has learned from the launch of Dishonored 2, and that its upcoming Prey reboot is going to be 'really flawless' at launch.

Released late last year as a follow-up to 2012's well-received slash-, stealth-, and magic-'em-up, Dishonored 2 was not a smooth ride for Windwos gamers. Responding to reports of crashes and poor performance, publisher Bethesda offered advice on improving things which included using resolutions lower than 1440p unless 'you have a very high-end GPU' equivalent to an Nvidia GeForce GTX 1070 or better, keeping v-sync enabled, and setting Adaptive Resolution down from 75 percent to 50 percent, among other tips.

What Bethesda didn't do, however, was admit that the game was poorly optimised at launch. That job has instead gone to Rafael Colantonio, co-creative director at developer Arkane Studios, who admitted to having a 'rough launch on PC' for Dishonored 2 but claims his company will not repeat its mistakes when its Prey reboot launches later this year.

'We had a rough launch on the PC. In development you never exactly know what you're going to see, most of all with PC because there are so many different configurations and stuff,' Colantonio admitted in a recent interview with Game Informer. 'Unfortunately, it's what it is, it shipped, then it got patched, and now it runs really well. So of course, we are paying double-attention to making sure that this time, the PC version [of Prey] is really flawless when we ship.'

Colantonio pointed to several things that Arkane hopes will lead to a smoother Windows launch for his company's latest title: additional quality assurance testing, a switch away from a customised engine based on Bethesda's idTech to financially troubled Crytek's CryEngine, and just generally 'paying more attention, for sure.'

Prey is due to launch in the first half of this year on Windows, PlayStation 4, and Xbox One, as a reboot of the 2006 original; plans to launch the game as Prey 2 and follow on the story line created in the original Prey were cancelled by Bethesda in 2014. 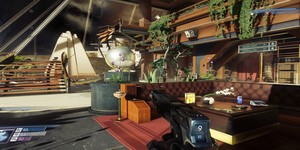 No details yet, though.