AMD has telegraphed its intentions to compete with rival Nvidia in the cloud gaming arena, ploughing money into middleware developer CiiNow.

Cloud gaming, which does away with the need for a powerful PC by handing the heavy work of rendering off to a remote server, is still very much in its infancy. Some companies have enjoyed great success, like Dave Perry's Gaikai: part of Nvidia's GeForce Grid cloud-computing platform, the company was recently purchased by Sony for $380 million. Other companies haven't been so lucky: Gaikai's rival OnLive recently had to close down and reform as a phoenix company in order to avoid mounting debts, losing a chunk of its workforce in the process.

The industry, too, is mixed on the subject of cloud gaming: Silicon Knights' Denis Dyack claimed back in 2009 that cloud gaming is a win for everyone, while Electronic Arts chief John Riccitiello started 2011 by pouring scorn on the technology.

Using the CiiNow platform, it's claimed that a single server blade can handle up to eight high-definition game streams for a total of 272 streams per server rack - a significant improvement over first-generation services like OnLive, which required a dedicated server per stream. The use of Radeon hardware rather than Nvidia's GeForce makes it a powerful potential ally - and the current struggle to eke profit from the cloud gaming market means AMD's money will come in handy at the company.

'CiiNow is on the cutting-edge of online game streaming technology, and it is clear we share the same vision to drive the cloud gaming industry forward and ultimately provide the best gaming experience,' claimed AMD's vice president of heterogeneous applications and developer solution Manju Hegde of the deal. 'AMD's investment signifies our mutual drive to liberate gamers from today's constraints and move us to the next era of digital content.' 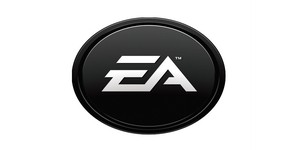