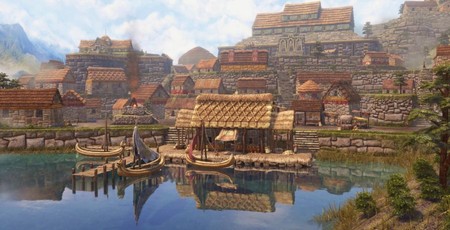 Microsoft has announced that Age of Empires III: Definitive Edition will be launching on Xbox Game Pass and Steam October 15th.

Announced via the Gamescom games conference, taken temporarily online due to the ongoing pandemic, Age of Empires III: Definitive Edition is expected to offer quite a lot of improvements and changes from the original game launched back in 2005. It will have 4K graphics, rebuilt 3D assets, a redesigned and modernised UI, cross-play multiplayer, along with an enhanced soundtrack.

It also comes with both expansion packs released for the original game - The WarChiefs and The Asian Dynasties. That means three full campaigns, plus a total of 16 playable civilisations. These include 14 from the original game and expansion packs along with two new choices - the Incas and Swedes. The Swedes are expected to focus on battlefield strength while the Inca (somewhat predictably) will be all about building large stone cities.

Microsoft has also used the time to update the game when it comes to its portrayal of Native American civilisations, appreciating that it did a bit of a poor job in the past. It has "worked with rival consultants to respectfully and accurately capture the uniqueness of their people, history, and cultures" so gamers are told to expect to "find there's been some fundamental changes to the Native American civilisations." More details on what involves will be shared nearer to launch but anything that's less offensive than before has to be good news.

There's also the introduction of two new game modes - Historical Battles and The Art of War Challenge Missions. The latter may be familiar to Age of Empires 2: Definitive Edition players as it was introduced there to help players figure out RTS basics more effectively.

Fortunately, any revamps haven't been too harsh when it comes to system requirements. Age of Empires III: Definitive Edition merely needs an Intel Core i3 2105 or AMD Phenom II X4 973 or above, along with 8GB of RAM, and a GeForce GT 430, Radeon HD 5570 or Intel HD 4400 Fury GPU. 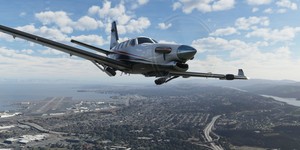 Microsoft Flight Simulator’s installation process is the worst thing ever designed by a human.

Prepare for a long haul.

Microsoft has announced a release date and retail package for Age of Empires Online.