Games publishing giant Activision-Blizzard has thrown its hat into the pro-gaming arena in a major way, reportedly splashing out $46 million in cash to purchase eSports company Major League Gaming.

Following the news that rival Electronic Arts is to launch an in-house competitive gaming division headed by former Microsoftie Peter Moore, pro-gaming news site eSports Observer is reporting that a letter has been sent to Activision-Blizzard shareholders detailing a $46 million deal to acquire the lion's share of Major League Gaming. Although not yet officially confirmed by either company, the news of the deal included extracts from documents which suggested its validity.

The deal, the documents show, will see Activision acquiring Major League Gaming's primary assets, while MLG retains the bulk of its liabilities. The deal leaves Major League Gaming and subsidiary Agora Games as independent companies, but not one that will operate as such: the deal will see the company change its name to MLG Legacy Holdings Incorporated, retaining its cash and bank accounts but no longer operating as an eSports company.

According to sources speaking to the site, the deal came without a stockholder's meeting and some have expressed surprise. The cash raised is thought to be largely earmarked to cover Major League Gaming's various debts, with at least one shareholder stating anonymously that he or she 'got fucked on stock' as a result of the deal.

It is not known what will happen to the MLG Gaming Arena project in China, which was due to open in 2017 as a dedicated eSports venue for the comapny. 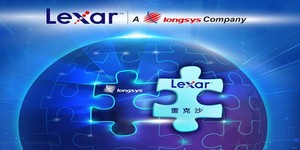 No more WoW for XPers.

Starts with a colouring book.