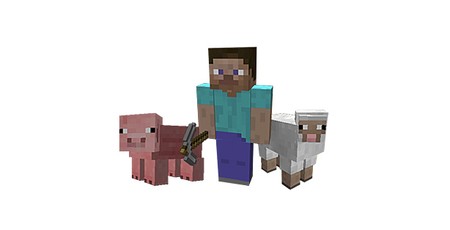 Upgrading the visuals of an existing game turns out to be a tricky prospect - even if that game is Minecraft, a title known for its gigantic pixels, which has had a planned 4K texture pack cancelled owing to technical difficulties.

To say that Minecraft has proven popular is something of an understatement: Having sold a million copies before it was even released, the blocky mining and crafting title has seen fans create functional processors, received mobile and console ports, physical merchandise, a planned film directed by Rob McElhenney, a story mode and dungeon crawler, and since Mojang's acquisition by Microsoft has been used for everything from in-school education to research and development into artificial intelligence.

One promised upgrade, though, has fallen by the wayside: A planned high-definition texture pack and graphical overhaul, announced by Microsoft back in 2017 at the Electronics Entertainment Expo. Dubbed the Super Duper Graphics Pack, the upgrade was planned to offer overhauled visuals for 4K displays - but turns out to have been too much for Mojang and parent company Microsoft to handle.

'Some of you might remember us announcing the Super Duper Graphics Pack during E3 2017. Super Duper was an ambitious initiative that brought a new look to Minecraft but, unfortunately, the pack proved too technically demanding to implement as planned,' Mojang announced this week on the Minecraft blog. 'We realise this is disappointing to some of you – there was a lot of enthusiasm for Super Duper from inside and outside the studio – but unfortunately, we aren’t happy with how the pack performed across devices. For this reason, we're stopping development on the pack, and looking into other ways for you to experience Minecraft with a new look.'

The game will continue to support platform-specific third-party add-ons which enhance the visuals, but the official upgrade is no more. 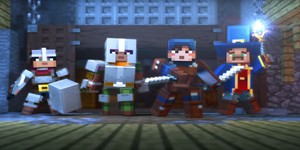 The game with endless ways to play gets