Speculation among fans has been once again sparked by Valve with the discovery that the company has trademarked Half-Life 3.

Found by NeoGAF, the developer trademarked the much anticipated title with the European Office for Harmonization in the Internal Market on 29 September.

There has however been no corresponding trademark filed in the US.

Back in August, a leaked Valve change log revealed that the company was working on an updated Source Engine along with Left 4 Dead 3. These two developments along with Half-Life 3 have also been mentioned in a leaked internal email that was published in June.

Fans of the Half-Life series have turned the wait for an announcement of Half-Life 3 into a bit of a joke. Half-Life 2 was released nine years ago in 2004, although the last episodic expansion was released more recently in 2007.

Valve has most recently been working on getting its hugely successful DOTA 2 out of the door and through its prolonged beta. At present, DOTA 2 sits at the top of Steam's most-played statistics by a significant margin, regularly peaking at around 500,000 concurrent players per day. The second most played game on the list at time of writing is Terraria with a peak of 69,000.

Valve has also recently made a series of announcements that tie in with its strategy to conquer the living room. It is working on a Linux-based operating system called Steam OS, a specially designed controller (Steam Controller) and the much anticipated Steam-box, or Steam Machines as the company is calling them. 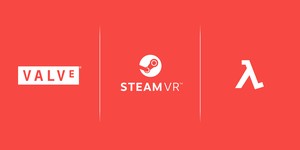 Claims of a 2014 launch scuppered.