Frontier, the developer of recently released open-universe space-sim Elite: Dangerous, has announced a new Tycoon game alongside a round of redundancies at the studio.

The studio announced that it is currently working on Coaster Park Tycoon, a theme park management title in the Roller Coaster Tycoon series which was also developed by Frontier. The developer intends to begin running this franchise again in parallel alongside Elite, which will continue to develop over time.

’Coaster Park games appeal to a great many people, as proven by RollerCoaster Tycoon 3. It is a field for which Frontier has unparalleled expertise and immense passion, and one to which we have long wanted to make a 'no-holds-barred' return,i said Frontier chief creative officer Jonny Watts.

In an unusual combination of news, the developer also stated that it will be re-focusing development activities to Cambridge as this is where required expertise in its franchises lies, resulting in 15 content creation roles being cut from a total headcount of 281.

Several development roles are also being moved from its Canadian studio to Cambridge, meaning the Canada-based studio is likely to wind down and close.

The developer has not confirmed whether this downsizing exercise is due to sales of Elite: Dangerous falling short of company expectations, but it did say that early sales figures were looking promising. Over 2013 when the game was predominantly still in beta, it generated £14.1m from 300,000 players.

Elite: Dangerous was hit with criticism shortly before launch for the developer’s decision to drop offline mode, something for which it has apologised and offered refunds for. 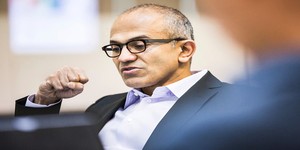