The creator of Arma 2 mod and now standalone online zombie survival game DayZ has set up his own studio.

Developer Dean Hall has left his position at Bohemia to set up RocketWerkz and is currently on the hunt for programmers, artists and other game development experts for the New Zealand-based studio’s first project.

Hall intends to not announce titles too far in advance and told Polygon that he is currently struggling to find the right people to staff his studio.

Bohemia Interactive brought Hall on board to develop a standalone version of his mod and the title is currently available on Early Access. Although Hall has left and is setting up on his own, he has promised to continue to help the DayZ team back at Bohemia.

’We have an ongoing relationship and I'm committed to providing whatever support and assistance that is appropriate and required for the title to continue to succeed,’ Hall told Polygon. ’I'm excited by the continued progress of DayZ into a much more streamlined and traditional production development cycle.’

Back in February, Hall did announce that he planned on setting up his own independent studio and that he would step down as DayZ lead, leaving Bohemia. He also said that his first project would likely be another multiplayer title.

DayZ was first released as a mod for Arma 2 and its expansion Operation Arrowhead back in 2010. The mod proved so successful that Bohemia Interactive saw it was driving sales of the game itself which had been released back in 2010.

In response, Bohemia brought Hall on board to develop a standalone version of the mod which was release on to Early Access in 2013. The final release is projected for 2016. 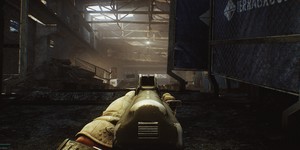