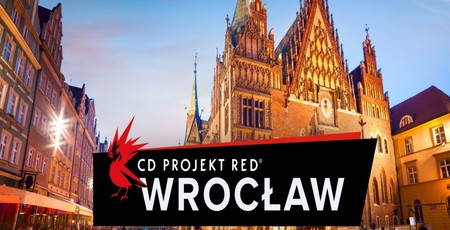 CD Projekt Red has announced the formation of a new studio to support development of its upcoming cyberpunk action role-playing game (ARPG) Cyberpunk 2077.

First teased by the company back in 2013 and centring around a futuristic police division dubbed the Psycho Squad given that job of fighting back against 'overuse [cybernetic] implants and substances that boost or otherwise alter the human body', Cyberpunk 2077 is the successor to CD Projekt Red's highly popular The Witcher franchise and its first attempt at a William Gibson-inspired cyberpunk setting. Its development, however, has been largely taking place behind closed doors and at a slower-than-hoped pace: In 2015 the company confirmed that it would be concentrating on The Witcher until 2017, though it went so far as to promise a game far larger than the already-expansive The Witcher 3.

Since then, though, the company has been entirely silent on the game, bar confirmation in 2017 that attackers unknown had obtained design documents for the game and were holding them ransom, which CD Projekt Red refused to pay.

Now, the company has confirmed development is still very much underway with the announcement of a new studio concentrating on the game: CD Projekt Red Wrocław. Formed by the acquisition of Strange New Things, founded in 2017 by Techland's former chief operating officer Paweł Zawodny, CDPR Wrocław's sole public project at present is to 'bolster development' of the game.

'Wrocław is one of the biggest and most technologically advanced cities in Poland and a playing field for serious creative talent. I think the scope of our current and future projects, as well as the overall package we’re bringing in, will pull in people who were hesitant to move to Warsaw or Cracow,' says Adam Kiciński, president and joint chief executive of parent company the CD Projekt Capital Group. 'The founding dev team of CDPR Wrocław is already pretty stellar, but I still can’t wait to see what talents we’ll discover in new people along the way.'

'We’re pretty hyped to be on the spearhead of this new office,' claims Zawodny, who retains his position as head of the rebranded studio but who has not yet offered any clue as to the status of the game he had been developing under the Strange New Things banner. 'We know Wrocław inside out and it’s an amazing place to make games. The team is strong, and I’m sure we have both the experience and the creative firepower to make Cyberpunk 2077 an even better game.'

'Aside from their immense technological knowledge and artistic flair, the core team of CD Projekt Red Wrocław are just great people,' adds Adam Badowski, director for Cyberpunk 2077. 'CD Projekt Red is not a typical game developer — we put gamers, creative freedom and quality games above making business. These guys not only share this approach, but, much like the rest of the team, think that this attitude is essential to creating epic video games.'

CD Projekt Red has confirmed it is actively seeking new talent for the studio, asking interested parties to email at wroclaw@cdprojektred.com.