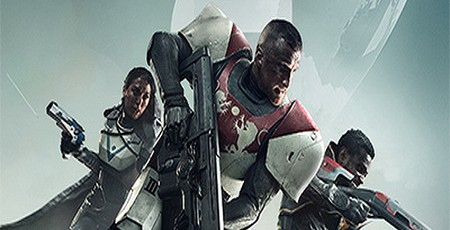 Developer Bungie, best known for creating the Halo franchise it has since handed off to a rival studio, has admitted to 'some mistakes' with the handling of downloadable content (DLC) for its latest massively multiplayer action role-playing shooter (MMARPS) - in particular the removal of content previously accessible by owners of the base game unless they shell out for an expansion.

Unveiled back in 2013 as the spiritual successor to Bungie's Halo franchise, which it had left with former owner Microsoft when the two companies parted ways, the hype around Destiny was palpable. While initial sales were strong, the game was criticised for cut content including the seeming gutting of the game's epic and expansive storyline prior to launch. With Destiny 2, Bungie claimed it had learned its lesson, promising bespoke features for PC gamers - but indications are that Bungie, or publisher Activision, is repeating the mistakes of the past.

'With Curse of Osiris now live, it’s clear that we’ve made some mistakes with how we have handled content access,' said the Destiny development team in a blog post detailing a major gaffe in the launch of the game's latest downloadable content (DLC) pack. 'The following were our goals when we separated "Normal" and "Prestige" modes: The Normal Leviathan Raid and Normal Nightfall would always stay at a Power level that was accessible to all players; Prestige difficulty would always rise to the new Power cap. It could be the pinnacle of challenge, with the most prestigious rewards, but it therefore would require you to own the latest Expansion and be at the new Power cap.

'Additionally, the game provides Seasonal, time-limited PvP playlists – Trials of The Nine and Iron Banner. These activities and their rewards are meant to evolve each Season, and they utilise new maps, so they would require you to own the latest content. To play the latest season of Iron Banner or Trials, and earn the new rewards, players would need to own Curse of Osiris.

'We've heard from the community that both of these plans aren’t working. The Prestige Raid was a novel experience that players value, even if they don’t own Curse of Osiris, and it was a mistake to move that experience out of reach. Throughout the lifetime of the Destiny Franchise, Trials has always required that players owned the latest Expansion. However, for Destiny 2, Trials of The Nine launched as part of the main game, so it’s not right for us to remove access to it. To make matters worse, our team overlooked the fact that both of these mistakes disabled Trophies and Achievements for Destiny 2. This was an unacceptable lapse on our part, and we can understand the frustration it has created.'

Following the understandable backlash caused by the removal of core game content for those not willing to shell out extra cash for the DLC, Bungie has confirmed it is making a series of changes including allowing access to removed content for non-DLC owners, tweaks to the Trophies and Achievements lists to ensure non-DLC owners are not locked out, opening of the Trails of the Nine back to base game users unless the trial includes a map from the DLC, and access for all players to time-limited events.

'We expect these changes to go live tomorrow at the end of scheduled maintenance to deploy Update 1.1.1.1,' the dev team concludes. 'Moving forward, we are also looking to improve on Heroic Strikes, with new challenges, new Modifiers, and free access for all players. Thank you for your patience and feedback as we work to continuously improve the Destiny 2 experience.'