A group of technologists have come together to set up a fund designed to address concerns about the potential negative impact and abuse that may come from increasingly powerful artificial intelligence.

Funded in the main by $10 million philanthropic grants from LinkedIn founder Reid Hoffman and eBay founder Pierre Omidyar, the $27 million fund also includes input from the Knight Foundation ($5 million) and the William and Flora Hewlett Foundation and Raptor Group founder Jim Pallotta ($1 million each), and comes under the auspice of the Massachusetts Institute of Technology (MIT) Media Lab and Harvard University's Berklam Klein Centre for Internet and Society. The aim of the fund can be found in the name: the Ethics and Governance of Artificial Intelligence Fund.

'Artificial intelligence agents will impact every part of our lives in every society on Earth,' claimed Alberto Ibargüen, president and chief executive of the Knight Fund. 'Technology and commerce will see to that.'

'AI's rapid development brings along a lot of tough challenges,' claimed MIT Media Lab director Joi Ito, who will be overseeing the fund's use. 'For example, one of the most critical challenges is how do we make sure that the machines we "train" don’t perpetuate and amplify the same human biases that plague society? How can we best initiate a broader, in-depth discussion about how society will co-evolve with this technology, and connect computer science and social sciences to develop intelligent machines that are not only "smart", but also socially responsible?'

The Fund, its guardians have explained, will take a phased operating approach over the next several years and will work in partnership with existing ethical AI movements. A fellowship programme is planned, along with plans to 'identify and provide support for collaborative projects, build networks out of the people and organisations currently working to steer AI in directions that help society, and also convene a "brain trust" of experts in the field.'

'AI could be as big a disruptor to the world as the Industrial Revolution was in the 18th and 19th centuries,' claimed Media Lab's Iyad Rahwan. 'What we need is something that puts our entire society in the control loop of these systems [...] technologists, engineers, the public, ethicists, cognitive scientists, economists, legal scholars, anthropologists, faith leaders, government regulators — everyone crucial to protecting the public interest.'

More information on the fund can be found on the MIT website. 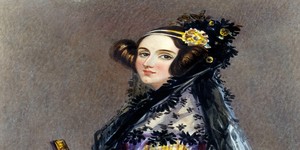 Google pulling away from robotics.