The European Commission has set a deadline for the abolition of mobile roaming charges, but if you were hoping for a swift turnaround there's bad news: the deadline is the June 2017.

Taking your mobile on holiday with you is an often expensive experience, with network operators charging roaming fees which can add up to hundreds of pounds for heavy users. In 2013, the European Commission announced enforced limitations on how much European networks could charge for things like making and receiving calls, sending texts, and data transfer. This was followed by plans to abolish roaming charges within the EU altogether, although the EC was quiet on offering a deadline for when such abolition would take place.

Now, the EC has announced that it has decided on a date: June 2017, two years from now. 'When travelling in the EU, mobile phone users will pay the same price as at home, with no extra charges,' the EC explained in its announcement, putting an end to expensive roaming charges once and for all - albeit two years into the future. The announcement also brought new net neutrality rules, marking the first time the principle of allowing users free access to content without blocking or slowdowns has been enshrined in EU law.

'Europeans have been calling and waiting for the end of roaming charges as well as for net neutrality rules. They have been heard,' claimed Commission vice-president for the digital single market Andrus Ansip of the announcement. 'We still have a lot of work ahead of us to create a Digital Single Market. Our plans to make it happen were fully endorsed by Heads of State and Government last week, and we should move faster than ever on this.'

The new net neutrality rules, the text of which has yet to be formally approved, will come into force on the 30th of April 2016; the roaming rules on the 15th of June 2017, although April 2016 will see an initial reduction in roaming charges to €0.05 per minute in addition to regular call charges, €0.02 in addition to regular SMS charges, and €0.05 per megabyte of data - around 75 per cent less than current average roaming charges. 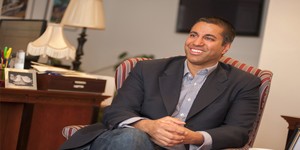