Prime Minister David Cameron has plans to push content filtering systems on parents, enforcing their use via 'education' at point-of-sale in a similar way to the current TV Licensing system.

Under the terms of the TV Licensing agreement, retailers who sell a device which requires a licence for its primary purpose - a TV, set-top box or video recorder with in-built tuner, for example - are supposed to ask the buyer for his or her address to be checked against the TV Licensing Authority database. Those who have purchased a licensable device but who do not have a valid licence can expect a visit from the Authority's appointed minions, inspectors - with no legal power, mark you - largely employed by Capita to check for infringing use.

According to details from The Daily Mail - granted, not the most reliable of sources - Cameron thinks that's a wizard wheeze that could be extended further in the name of child protection.

Under guidelines proposed by Cameron and his staff, those purchasing a new computer or signing up for an internet connection will be asked at the point of sale whether or not they have children. Answer in the affirmative, and they will be treated to a masterclass in installing, configuring and using filtering software to protect the little Timmys and Tammys of the world from the evil spectre of on-line pornography. Existing customers of ISPs will all be provided with the same advice.

The onus of policing this is on the shoulders of the ISPs themselves: according to reports, ministers are to ask service providers to implement measures - what measures, it is not suggested - to ensure that those fiddling with the settings of content filtering software are aged 18 or above.

According to the Mail - again, a paper not unfamiliar with sensationalism - the proposals are being championed by Cameron himself, with an official announcement expected to come from Downing Street later this month.

Although it is not made clear by the Mail's coverage, it is likely that Cameron's focus is on connection-based filtering systems run by the ISPs themselves rather than client software installed by computer owners with children. Talk from the tabloid's sources is of '[asking users] if they want to switch on parental controls' rather than if they want to install software. As a result, it's not too hard to imagine a future in which a filtered internet feed is the norm, with those who wish to view unapproved material being required to prostrate themselves before the Great Internet Gods and beg for exemption from the filtering system - a state of affairs which is already the case for the majority of mobile broadband connections and smartphone data contracts. 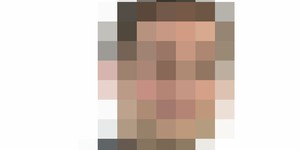 A need to 'protect young minds.' No communications 'we cannot read.'