A 12-year old boy from Montreal, Canada has pleaded guilty to hacking into government websites in the name of hacker collective, Anonymous.

The report in the Toronto Sun says the boy's motives were not political but rather he handed information to Anonymous in exchange for video games.

The sites hijacked include those for the Montreal police, the Chilean government, the Quebec Institue of Public Helth as well as some other non-public sites.

Police estimate the damage to the sites totals $60,000, with a more detailed report set to be produced in court when the boy is sentenced next month.

The boy, whose name can't be published, is said to have started using computers around the age of nine, and would only have been 11 at the time of the hacking, during the student uprising in spring 2012.

He used a variety of attacks included denial of service, defacing the homepage and data mining from the site's database.

"He saw it as a challenge, he was only 12 years old," his lawyer said. "There was no political purpose." 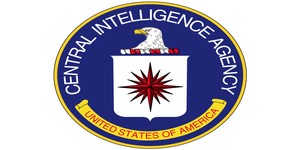 Anime fan with a penchant for DS games, it seems.