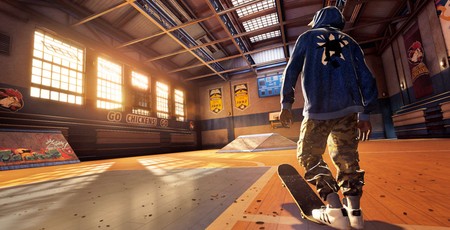 I haven’t thought about Tony Hawk’s Pro Skater in about fifteen years. If you’d asked me to make a list of my favourite games anywhere between 2005 and now, THPS probably wouldn’t have made it on. Hell, I don’t think it would have made a list of my favourite games at the time. I’d have been much more likely to mention games like Deus Ex or Half-Life or Unreal Tournament or Everquest or Metal Gear Solid or SoulCalibur II. Yet when I heard about the upcoming Remaster of Tony Hawk 1 + 2, it was like smacking my head off the concrete of my own past. Sitting on my brother’s bed or clustered around the TV at my then best-friend’s house, racking up ludicrous scores on HORSE. It’s like carbon-dating for my own millennial adolescence, a game series that belongs to an incredibly specific point in time, during which it was an enormous part of my gaming and general life.

So how game a game which was such a huge part of my life hold so little significance in my adult mind? Well, to be honest, that was kind of the whole point of the game. Tony Hawk’s Pro Skater was the ultimate time-killer, a game you could pick up and play for hours while also being entirely disposable. Beyond unlocking new levels and new skaters, the first four games had almost no significant progression systems built in. It was a case of picking a level, picking a skater, and just seeing what you could do in the time allotted. That disposability was in no way a bad thing. In fact, the way you could pick it up and drop it so easily was a huge part of the appeal. The early Tony Hawk games (namely 1-4) had a design completely antithetical to most modern games, which do everything they can to monopolise a player’s attention for as long as humanly possible, be it through stupidly huge worlds or skinner-box-style progression systems designed to drip-feed rewards to your pigeon-brain. It’s all about player retention.

Tony Hawk’s Pro Skater, on the other hand, made you want to play by being A) awesome and B) totally chill about it. It was simple enough to pick up and play, but had a whole roster of tricks and little mechanics that you could spend hours drilling down into. In fact, Tony Hawk has a lot in common with beat ‘em ups in terms of that ability to learn and master combos, albeit in a way that’s much more laid back and less riddled with elitism. Rather than being about effecting mastery over other people, THPS was all about mastering a space, conquering the urbanised world through acrobatics. From a level design perspective, Tony Hawk must be one of the most unique game series’ around, combining exploration of realistic spaces that are also arena-style abstractions. A crucial element of Tony Hawk’s success was having open-ended levels that allowed to freestyle your way through each stage, although they were still self-contained enough to never feel daunting. It’s no surprise that I drifted away from Tony Hawk when it became more of an open-world, objective-driven experience. That’s never what I wanted from the game.

I also can’t talk about THPS without mentioning the multiplayer, which had some of the most inventive modes ever devised. “Graffiti”, where each player could change the colour of an in-game object by performing a trick on it, was always a popular choice in our household. But the jewel in Tony Hawk’s multiplayer mode was HORSE. For the uninitiated, HORSE saw players taking turns to acquire the highest score you could with a single trick. Whoever came second earned a letter of the word “HORSE”. If you got all the letters of HORSE, you lost the game. It’s effectively stunt hangman, but there two specific elements of HORSE that transformed it into possible the favourite multiplayer game of my entire adolescence.

Firstly, you didn’t have to play horse using the word HORSE. You could write pretty much anything you wanted in its stead. There was a character limit of about nine letters, and I think there might have been a simple profanity filter, but if there was it only filtered whole words, so you could combine a swear word with another word and it would slip through the filter. This is how “EWOKPISS” became the standard HORSE word in our group of nerdy 13-year-old idiots. The other thing that made HORSE such a staple in our group was the addition of Reverts to Tony Hawk’s 3. Reverts let you seamlessly link a vertical trick to a manual (where the skater balances on the rear wheels of the board) This in turn let you transition into another trick, be it a grind or another vertical. Hence, you could abuse HORSE’s “single trick” concept to spin out potentially endless trick combos. The result were some truly ridiculous HORSE matches, as we’d trade increasingly elaborate combos that ran on for minutes at a time.

That ability to be endlessly playable and immediately droppable made THPS absolutely perfect for rainy weekends or long summer holidays. But the other to Tony Hawk’s appeal that I can’t ignore is its pitch-perfect wish-fulfilment for someone who was my age. I don’t know about anyone else, but when I was 13 the thing I wanted most was to be popular and admired and not constantly in fear of being ridiculed. It never happened, and it was never going to happen. But THPS offered a window into what that might feel like for a distinctly uncool, unpopular person. If someone asked me to explain to an alien race what it was like to be a teenager at the end of the 20th century, I wouldn’t point them to the Kerrang! TV channel or sit them down to watch South Park: The Movie at 2am while their parents were asleep. I’d sit those bug-eyed greys down in front of a PlayStation with a copy of THPS, and that would be all. I’ve no idea whether the Remaster will be any good, or whether the game will even make sense in a 2020 world, but I’m sure as hell keen to find out.