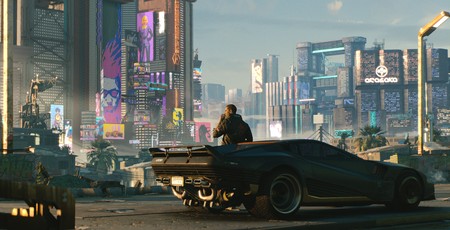 We're firmly into 2020! Truly a cyberpunk year on multiple levels. I expect we’ll be flying hovercars and jacking directly into the Internet by the summer, and I personally plan on uploading my consciousness to my PC before Christmas.

Between now and my ascension into virtual godhood whereupon I shall rule over all, we’ll need to keep ourselves entertained. Fortunately, the games industry has kindly provided an extensive list of incredibly exciting games, which I shall now run through as is part of the January tradition, like complaining about train fares and pretending you’ll go to the gym tomorrow.

A couple of points. We’ve kept the focus on PC releases, so don’t expect to see any console exclusives (although you might see some console games from 2019 that are getting a delayed release on PC). Also, we’re only covering games with a firm launch date of 2020, mainly because there are enough games to cover without looking at the ones that might, possibly, if you’re very good and eat all your vegetables, come out this year. Also, everyone mocked me for not putting Cyberpunk 2077 on last year’s list, but I absolutely right to do so, so WHO’S LAUGHING NOW? Journey to the Savage Planet

A colourful, comedic sci-fi adventure, Journey to the Savage planet is created by Alex Hutchinson, formerly the lead on Far Cry 4. It’s an open-world blend of shooting, survival, and exploration, much like the planet bits of No Man’s Sky. Unlike Hello Games’ potentially infinite adventure, Savage Planet is a far more hand-crafted experience, with set objectives and puzzles that’ll take you across its large, and diverse map.

Savage Planet is also designed with a more humorous bent in mind. The Planets many aliens are daft, brightly coloured critters who scream and squelch and skitter as if they’re straight from a cartoon. Given how few comically-minded adventures there are these days, this could be a key element in determining whether Savage Planet is a success or not. Shunted across from the end of last year, Doom Eternal will now be landing on your head and stamping out your brains in March. A sequel to 2016’s superb Doom reboot, Eternal sees you demonic killing spree explode from the surface of Mars, spreading across the nearby Phobos Moon and even raining down onto Earth.

Eternal is all about being bigger, and bloodier than its predecessor, featuring twice the number of demon-types compared to the original. This includes returning favourites like the Arachnotron and the Arch-vile, alongside new opponents such as the fearsome-sounding Doom-Hunters. Naturally, the game also introduces new and returning weapons, such as the Ballista and a retractable-arm-blade. One of the more intriguing redesigns is the Super-Shotgun, which comes equipped with a grappling hook that drastically alters your movement capabilities, and level design as a consequence.

Eternal also sports a couple of interesting mechanical tweaks. There’s a new life system which enables you to respawn at your current location rather than at a checkpoint (provided you have lives to spare) while an optional “Invasion” mechanic lets player randomly leap into your game a-la Dark Souls, which I reckon is going to work well with Doom’s fast-paced, ferocious combat. It’s happening. It’s actually happening. A full-fat, proper new Half-Life game. No, it’s not Half-Life 3, and yes, it is in VR. But given what happened with Left4Dead 2 and Portal 2, it’s safe to say one should never write-off Valve.

Half-Life: Alyx takes place in the gap between Half Life’s 1 and 2, with players assuming the role of Alyx Vance while City 17 is heavily under Combine Occupation. We don’t know much about the story, but it seems Alyx’s father Eli manages to get himself kidnapped by the combine again, and Alyx has to get him back. There’s also a chirrupy Australian man who will likely form the game’s comic relief, but that’s about as much as is clear.

What’s fascinating about Alyx, though, is how Valve plan to adapt Half-Life to make the most of VR. As you’d expect, there’s lots of tactile manipulation of guns, physical interfaces, and in-game objects, including moving objects to watch for enemies, and rummaging through crowded shelves to search for ammo. Alyx also adapts HL2’s gravity-gun mechanic directly to your hands, letting you grab objects from a distance using Alyx’s experimental “Grabbity Gloves”.

It’ll be interesting to see if Alyx can demonstrate the potential of VR on a wide scale, in the way Half-Life 2 demonstrated the potential of physics engines. Mostly though, I’m just excited to get the chance to explore more of City 17. Roll on March. It says a lot about CD Projekt’s success that they’ve created a game arguably even more anticipated than the return of Half-Life. After years of little to no news, followed by furtive glimpses of gameplay over the last twelve months, we’ll finally get to experience Cyberpunk 2077 in April.

I’m in two minds about Cyberpunk. On the one hand, it looks like a game tailor made for me. A huge, openly explorable city. A rich, dynamic questing system with lots of dialogue choices. Deus-Ex like open-ended first-person gameplay. It appears for all intents and purposes like the biggest, most expensive immersive sim ever made, and there’s no way that isn’t going to appeal to this long-time fan of Looking Glass and Ion Storm.

On the other hand, I’m worried that the hype has become too great, that everyone is expecting Cyberpunk to revolutionise the industry because of what CDP did with the Witcher 3. But the Witcher 3 had the benefit of taking the industry by surprise. It was expected to be decent, but not one of the best games of the last ten years.

I’m worried Cyberpunk will disappoint not because it’s badly made or anything, but because it cannot possibly live up to the game everyone has in their imaginations, and turns out to be a very well-made, detail-rich RPG that, for all its budget, isn’t radically different from what we’ve experienced before.

Regardless, I’m looking forward to April rolling around. Now to just find a spare month to review it. In some ways I’m even more excited about this than Cyberpunk. Vampire: The Masquerade Bloodlines is one of the most interesting RPGs ever made, putting you in the shoes of a fledgling vampire in the dark and strange world of Los Angeles in perpetual midnight. It was also infamously broken, and it’s only thanks to years of community-driven patching that game is actually playable today.

Bloodlines 2 basically aims to be that first game done right this time. Set in Seattle, you play as the victim of a mass attack by vampires, who awakes to find they too have been transformed into a creature of the night. From this point, you’ll need to learn to survive in a dangerous and dynamic world, learn to feed on humans without violating the vampiric code of conduct known as the Masquerade, and to master your powers to become a powerful warrior or a master manipulator in dialogue.

The latter is an especially important part of Bloodlines 2. The game’s narrative is being directed by Brian Mitsoda, who was narrative lead on the first game too. Quests are intended to be highly open ended, with your behaviour affecting your reputation with several different vampire factions all vying for control over Seattle.

Indeed, developers Hardsuit Labs want the world to react and evolve around you in as natural way as possible. While major quests are obviously given to you by NPCs, many side-quests will be activated as you explore, and you can also use your in-game mobile phone to ask NPCs for information on objectives. You can join multiple factions at once, and even secretly work against one for the benefit of another.

It’s a fascinating prospect. Never would I have thought Bloodlines would get a sequel, but here we are. It’s been a while since I saw a game come along with a gimmick that makes it stand out in the way Watch Dogs: Legion does. Set in a dystopian post-Brexit London, Legion sees you recruiting a small army of hackers to take the fight to Albion, a private security service that has turned Britain into a surveillance state.

The twist is, you can recruit any NPC in the game, and then use any of those recruited NPCs to take on the game’s missions. Being able to recruit an NPC depends on their relationship with your hacker group DedSec, which you can improve by doing a Mass Effect 2 style loyalty mission on their behalf to help solve a problem. Once they’re in your team, you’ll be able to play as them until they’re killed or captured by Albion.

The idea is clearly to combine the open-world hacking of the series with the dynamic narrative tension of something like X-COM. There are some cool sub-mechanics to the idea as well. Every character has a unique set of stats, roughly split into three categories, stealth, hacking and combat. They also have unique positive and negative character modifiers. For example, one character might do additional damage while drunk, while another character might have the chance of dropping dead at random.

The success of Legion will clearly depend upon how deep this rabbit hole goes. Ubisoft claim there are “thousands” of potential character permutations, but how unique an experience this will result in between games will likely define whether Legion turns out to be an interesting experiment or a genuinely revolutionary game.