Necromunda: Hired Gun and the problem of loot in shooters 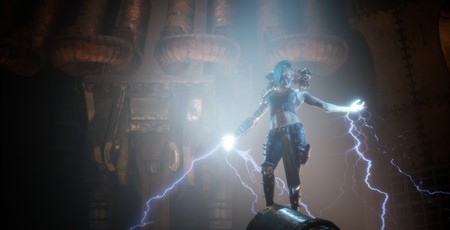 Necromunda: Hired Gun is an FPS that I very much want to like. Set in Warhammer: 40,000’s gigantic Hive City of Necromunda – a place you’d get if you crossed an arms manufacturer, a landfill, and Hell – it sees you play as a mercenary who becomes embroiled in a gang war after the assassination of one of the city’s high-profile Guilders (basically merchants). 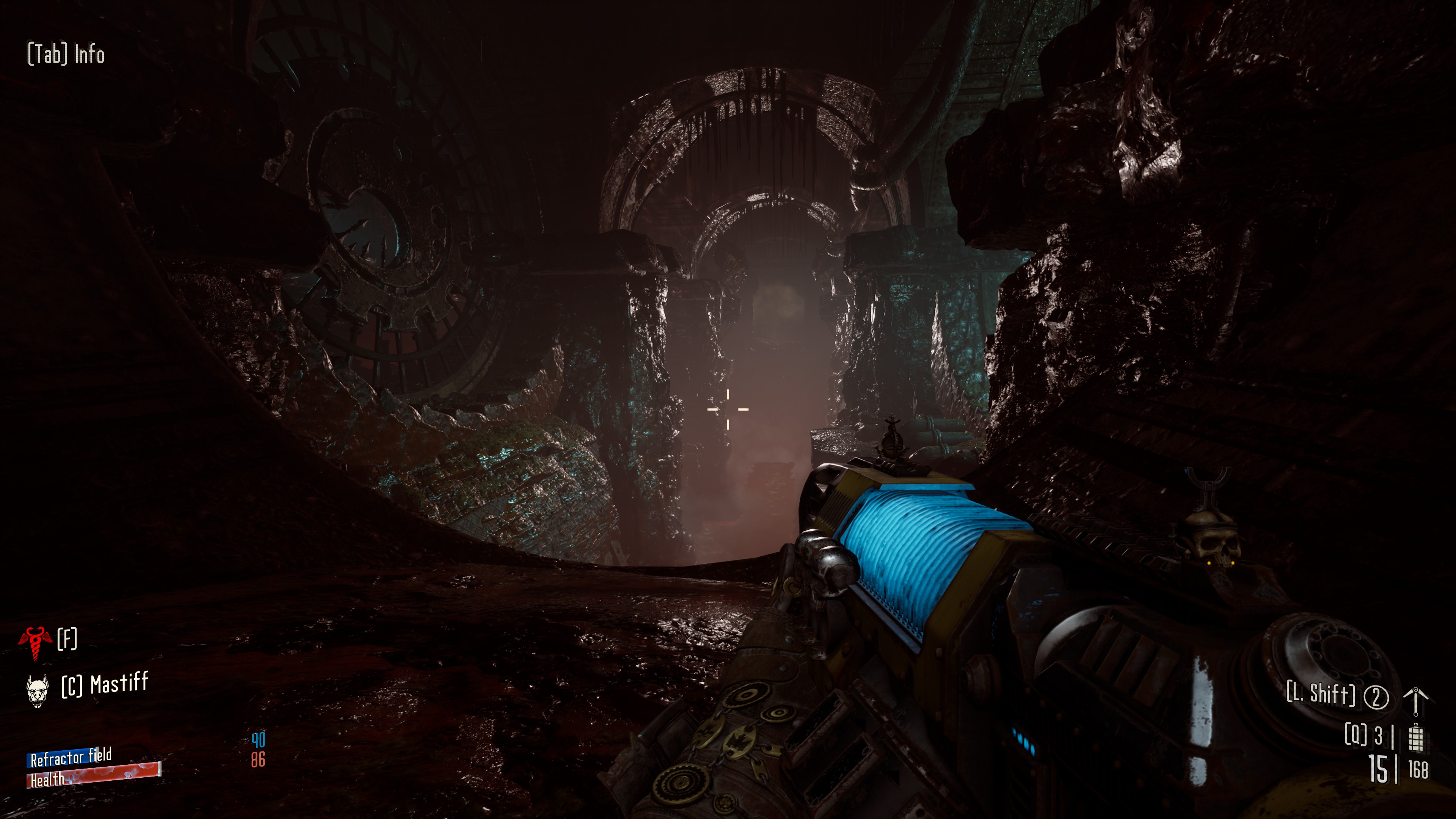 It’s a game with real moments of vision. Streum On Studios virtual manifestation of Necromunda is superb. Levels range from dodging snipers in an enormous junk-pile resembling the opening twenty minutes of Wall-E, to leaping between the rooftops and gantries of dilapidated skyscrapers. One particularly awesome level is simply called the “Cold Black”, an ancient, rediscovered Hive “Dome”, that is so inky dark the walls seem to ooze shadow.

It’s an amazing place to be, but the gunplay has potential too. Weapons range from 40k staples like Bolters, through Metro-style cobbled-together weapons like the “Iron Rain” heavy machinegun, right through to exotic weapons like a gun that shoots exploding balls of gravity. They’re all chunky, vicious weapons that feel great to fire. The recoil on the bolter feels like it would dislocate your shoulder. 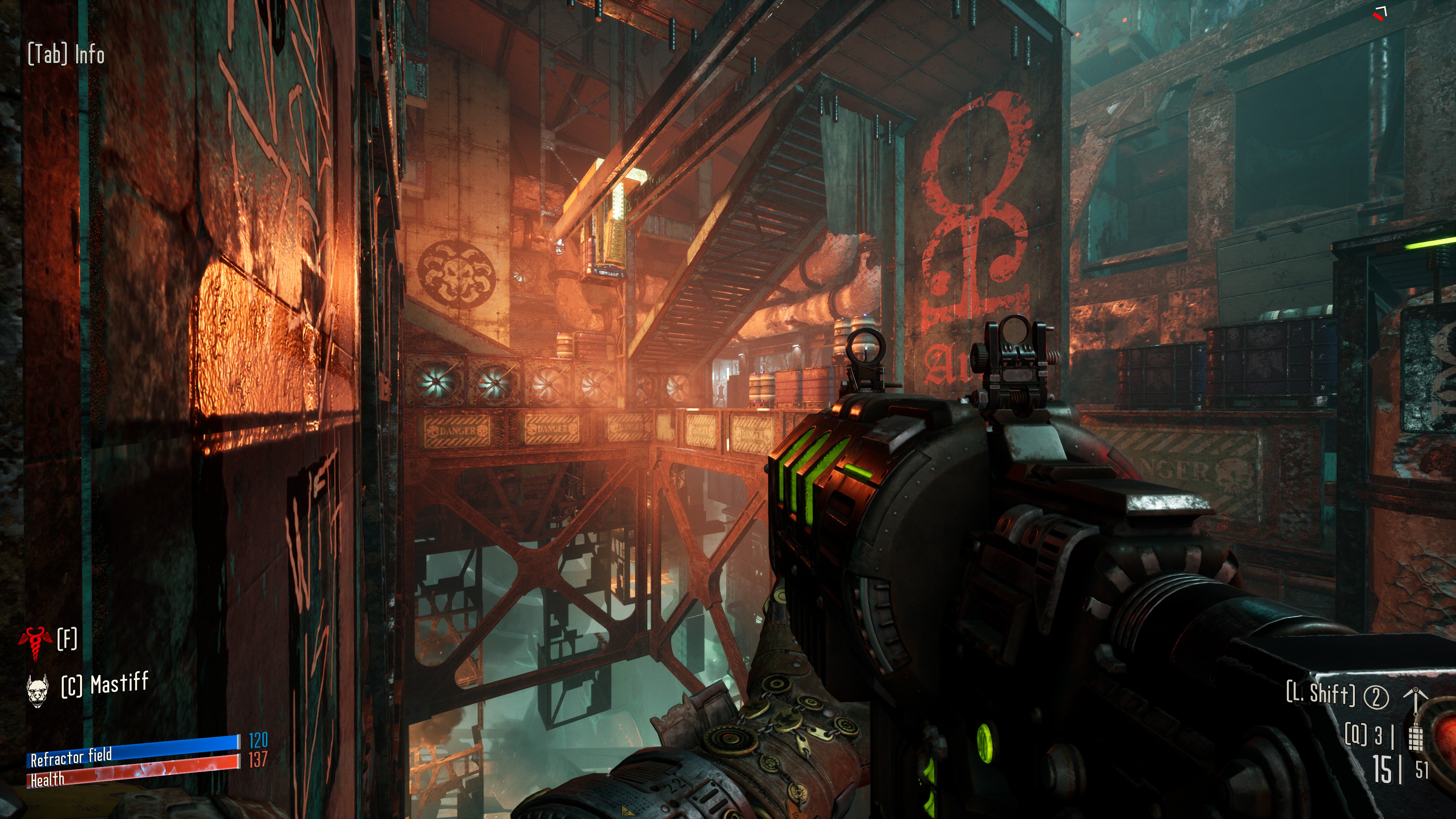 The skeleton of a great shooter is there. Unfortunately, Hired Gun is also beset by problems. The central issue it that it doesn’t seem to be finished. At the time of writing, the game’s version number reads “Ver 0.58333”. Bugs and crashes abound, and there seems to be a general lack of balancing and refinement, spongy physics, half-baked mechanics, and plainly unfinished animations, such as those for using your grappling hook.

Yet even if all these problems were fixed, there are deeper design flaws that hobble the game. By far the biggest of these is the loot system. Rather than having players pick up weapons sequentially, as nearly every singleplayer FPS has done since Doom, Necromunda employs a Destiny-style loot system, where you pick up slight variants of the same guns from treasure chests, or purchase them from a shop that you visit between missions. 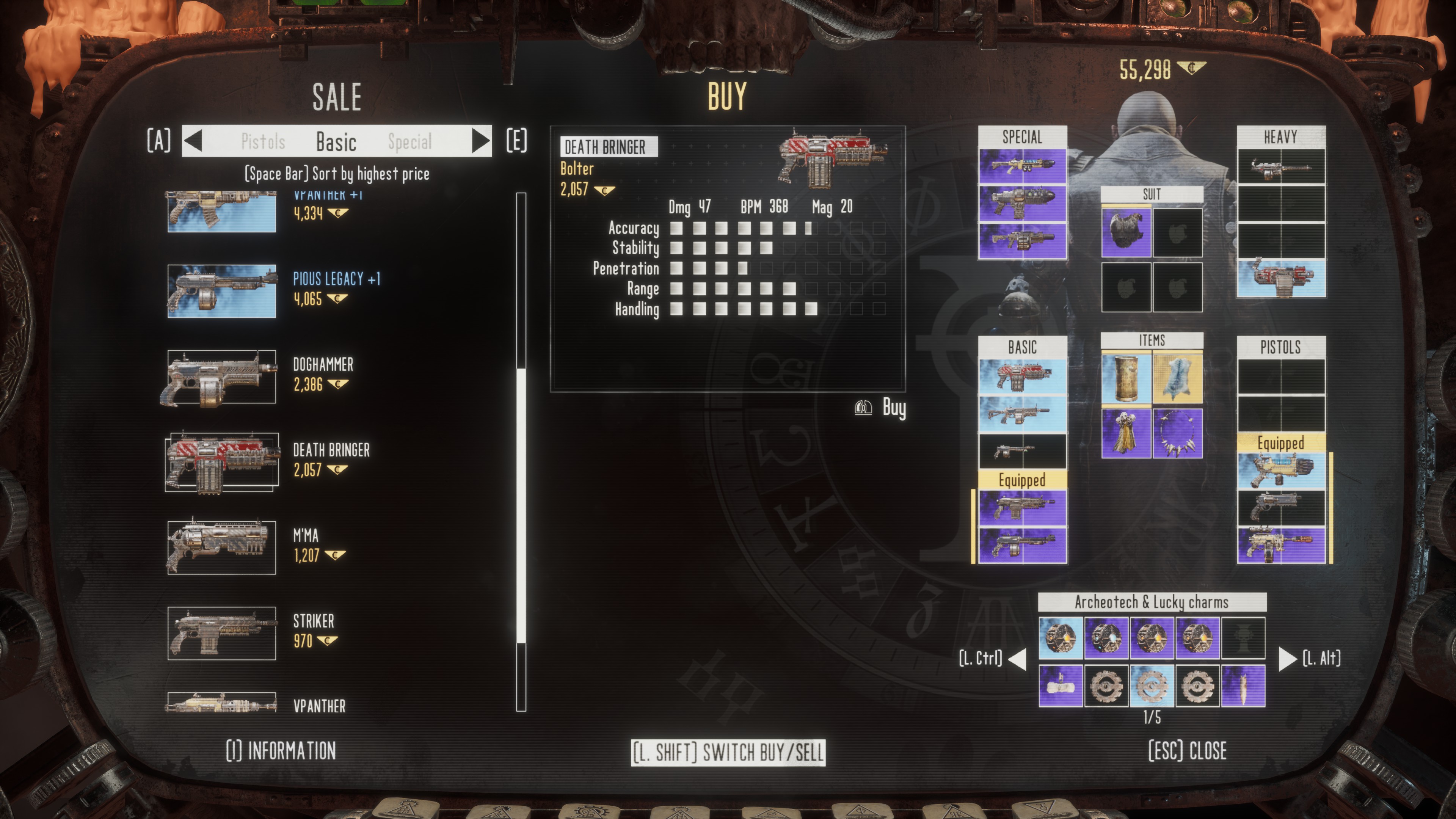 In doing so, Necromunda highlights an issue that has been bugging me for a long time, namely that loot-systems are terrible for FPS design. They obliterate a shooter’s pacing and counterintuitively nullify the significance of picking up a new weapon in an FPS.

This may require some explaining. While it may seem natural to assume that more guns equals a better shooter, this is simply not the case. For a new weapon to make its presence in a game meaningful, it must be functionally different from the other weapons in the game. This is something id Software understood implicitly when building Doom Eternal, ensuring that every weapon and even weapon modification had a specific purpose or effect on enemies. This, incidentally, is part of the reason why I believe it to be the best FPS ever made. 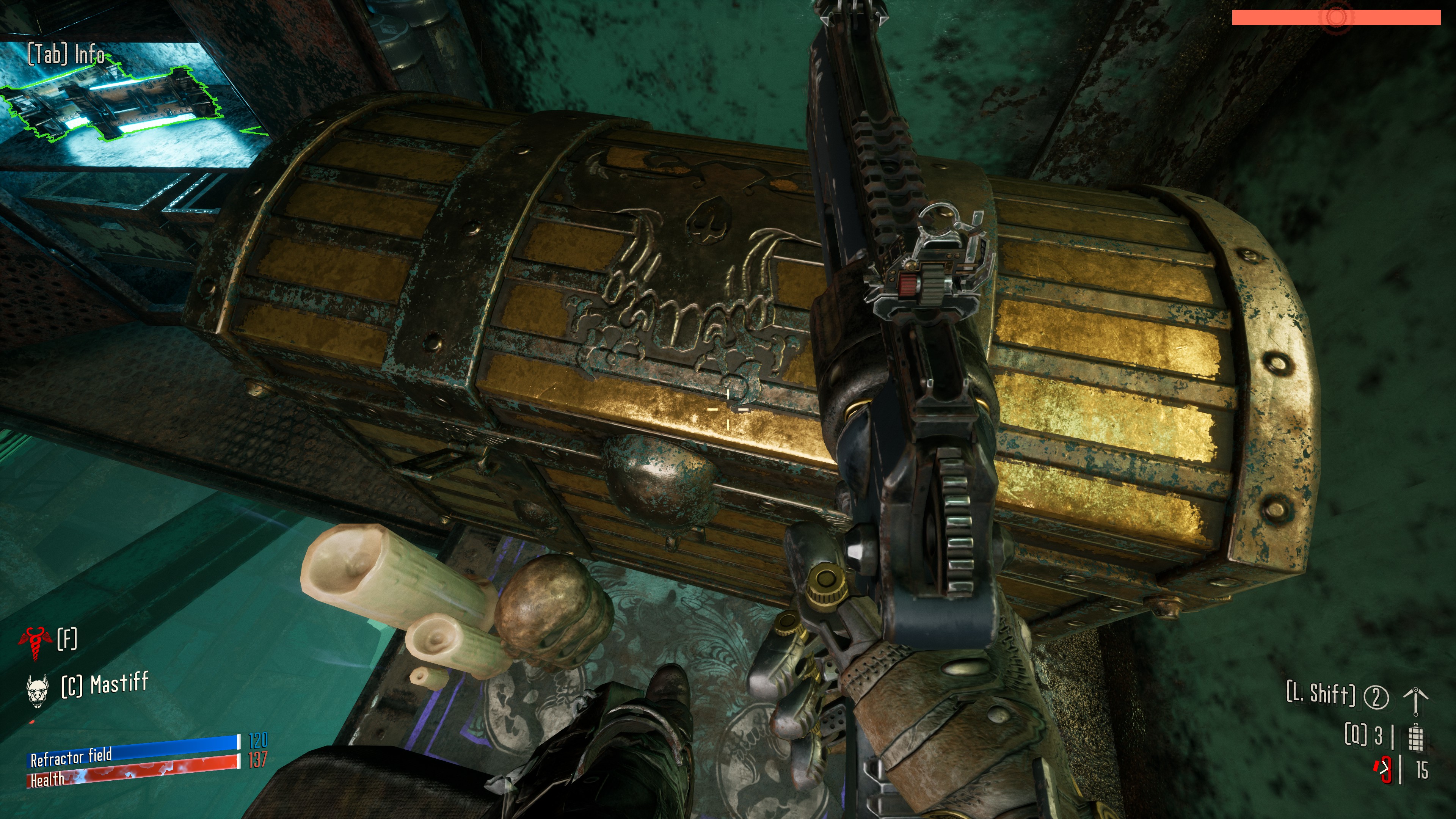 Limiting weapons into a set roster also lends a natural progression to your game. Picking up a shotgun enables you to do more damage, which in turn enables the developers to create more challenging combat scenarios, adding more enemies, tougher enemies, more agile enemies, or whatever. More importantly, you can build those enemies around the player’s weapons, making them particularly vulnerable to one weapon or resistant to another.

The moment you add a loot system into the equation, all of the above becomes much harder to implement. This is because the function of the player’s weapons is no longer based upon straightforward cause/effect scenarios, and instead relies on abstract statistics. I know my shotgun does more damage than my pistol because it blows my enemy’s head off. But I only know my +2 shotgun does more damage than my +1 shotgun because the numbers tell me that it does. Those numbers make no experiential difference in terms of what the player is doing. 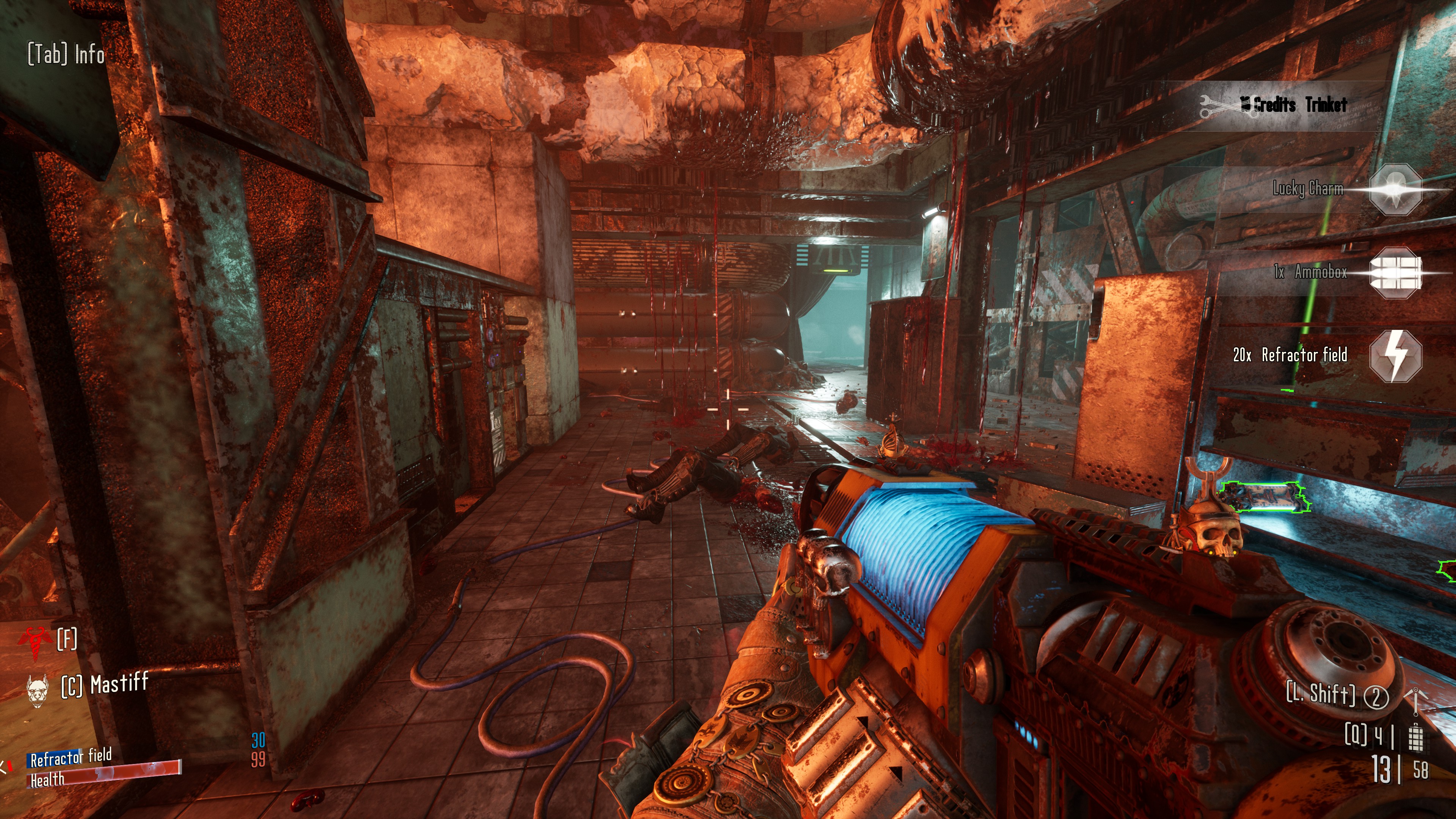 At a macro level, what you find with shooters that rely on loot is that the core shooting experience barely changes across the whole game. All that happens is the numbers go up. You might get a weapon that does fire damage, or electrical damage, but all this generally means is that the colours of the numbers change, and maybe your enemies get set on fire by your bullets. They don’t pull or push enemies around, as Painkiller’s Stake Gun or Bulletstorm’s Drillbit launcher do, you can’t combine weapons for different effects, it’s all about the raw mathematical exchange between your weapon and your enemy’s health bar.

In turn, this means your sense of progression becomes abstracted. A loot system can’t rely on you to intuit how a new gun will alter your experience based on what it does, so it has to explicitly tell you that by informing you of stats like its DPS, while also colour-coding weapons to communicate their rarity and power. Doom doesn’t need to tell me that the BFG is a legendary weapon. I only have to fire it once to understand that. 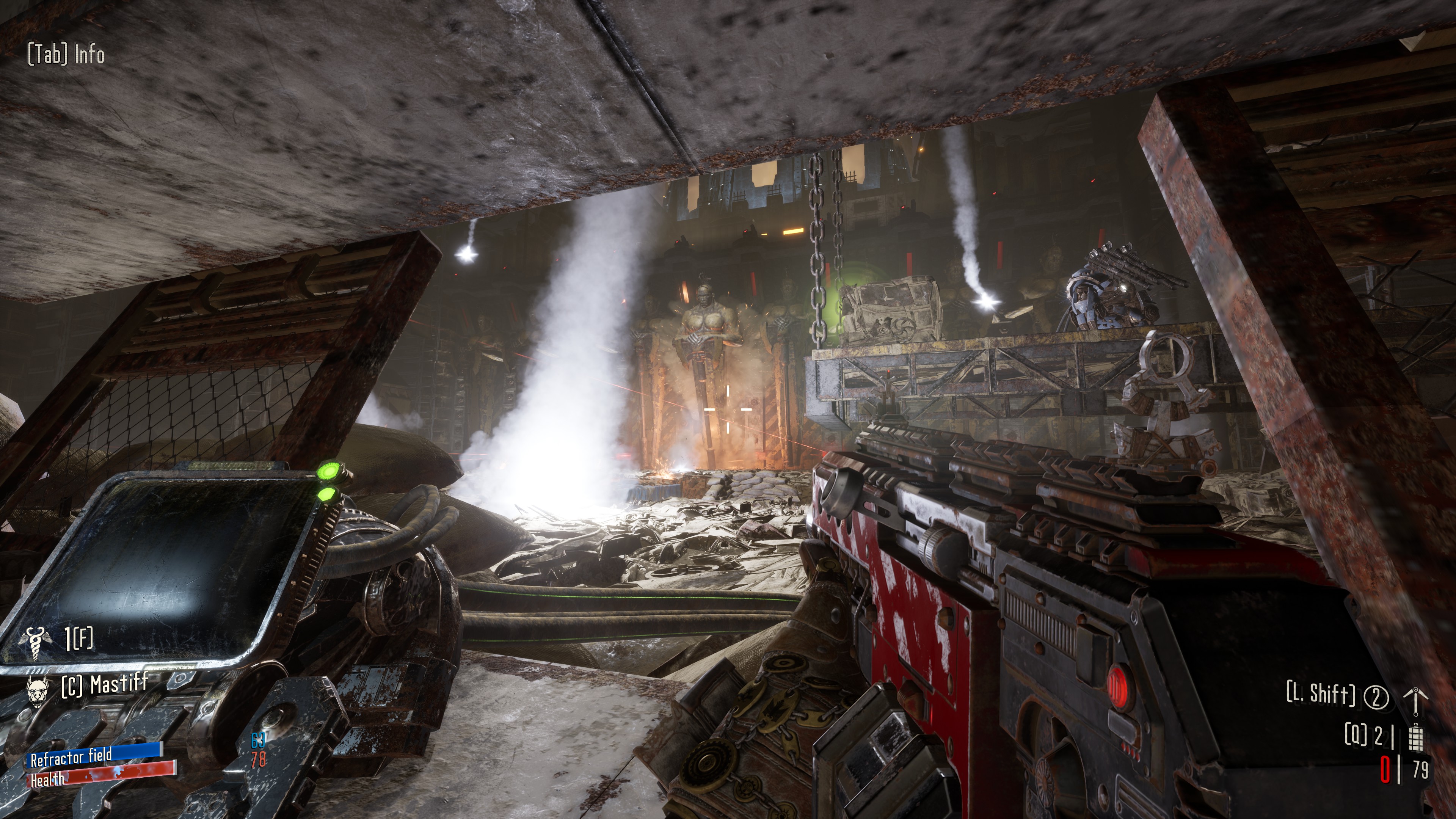 Returning to Necromunda, it’s worth pointing out the game has more specific problems with its loot system. For a loot system to really work, you need a lot of different guns. Necromunda only has a dozen or so, which means you’re constantly picking up slight variants of the same weapons. But even if it added more, you’re still confronted with the problem of making them functionally distinct. Given the game already has three different types of chaingun, all of which work in basically the same way, it seems unlikely that adding more guns would solve Necromundas problem with weapon function and progression.

Loot systems don’t belong in first-person shooters, because shooter should not be about statistics. They’re about momentum and reflex, the gut thrill of reacting in the moment. I’d much rather play an FPS that has ten carefully designed weapons that work in different ways, weapons that I can grow to understand intimately, than a game with thousands of guns that you need a microscope to identify what the actual differences are.