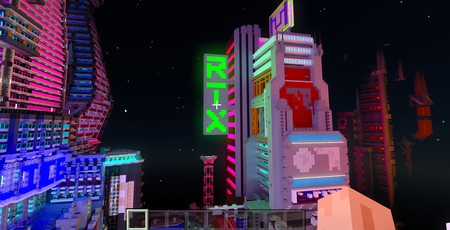 At a glance, Minecraft in RTX seems like the stupidest idea in the world. You’ve got this incredible, monstrously powerful new graphics technology – one that enables your computer to simulate how light bounces off different surfaces in real time and is arguably the keystone in building photorealistic computer graphics – and you’re going to apply it to one of the least-realistic looking games ever made? It’s like putting a jet engine on a bicycle, or grating truffle into a pot noodle. Yet Minecraft might just be the very game RTX needs to show off exactly what it can do. Currently, ray-tracing tech faces a couple of problems. Firstly, it’s hugely computationally expensive, such that most games which support it need to limit the extent of its use. Secondly, the effect it produces is one that modern games can fake very well, at least to a layman’s eye.  This means it can often be difficult to see the benefits that ray-tracing actually provides.

Minecraft offers a solution to both these problems. Compared to most big-name games, it’s computationally very cheap. It’s blocky, low-poly visuals mean there’s plenty of GPU power left over for ray-tracing to take advantage of. Whereas most RTX-enhanced games only use ray-tracing to a limited extent, Minecraft can ray-trace virtually every element of its visuals. Bounce-light, shadows, screen-space reflections, global illumination, all of it is simulated via ray-tracing. Meanwhile, that same blocky aesthetic provides a stark contrast from which to judge the visual enhancements ray-tracing offers. Having no HD textures or complex models or materials means the lighting effects can take centre stage. In addition, Minecraft’s complex world-generation and vast array of surface types also gives that simulated lights lots of different things to bounce off, resulting in a wide spectrum of effects.

That’s how it should work in theory. But what’s Minecraft RTX actually like? Well, to showcase Minecraft RTX, Microsoft and Nvidia has worked with the Minecraft community to create several large, highly detailed Minecraft worlds, each with a different theme and each dedicated to showing off different aspects of the ray-tracing enhancements. Initially I jumped into the Crystal Palace map, which features a large fantasy Kingdom that you explore in Survival mode. The first thing you notice is the big stuff. The way the sun beams down onto the ground, shafting through trees and bringing out the mapping on different block types. Water now runs crystal clear, rather than looking like blue slime. The global illumination is particularly impressive, the way the light changes as the sun arcs through the sky. At dawn and dusk you get these intense blood-red skies, while the night is pitch dark for the first few minutes before the moon rises above the horizon, emanating a silvery glow you can navigate by.

It’s enormously pretty, but as with RTX in other games, this kind of lighting can be effectively faked with non-ray-tracing approaches. Some of these have been implemented into Minecraft with mods before. So, dramatic as these elements are, they’re not demonstrative of a revolution in graphics tech. That said, Minecraft also allows you to place your own lights, which I think is a first for an RTX-enabled game. Heading into a gloomy cave and lighting it up with your own torches is surprisingly satisfying, watching the soft glow slowly emanate and create shadows that dance on the walls. Put them in different places, and you begin to notice that the resulting illumination can be very different depending on the surrounding objects.

This leads into what is really different about ray-tracing. It isn’t so much about big new features in the way that, say, bloom-lighting introduced to virtual environments. It’s about countless smaller interactions that build up to a more realistic image. For example, the light from fire glowing in a windowless room overlapping with daylight shining through a doorway. There are other RTX-specific maps which highlight this better, namely Neon District and Aquatic Adventure. The first is a massive Cyberpunk cityscape that includes a huge amount of coloured lighting, glass cubes, and metallic surfaces to demonstrate the light interplay between these objects. Aquatic adventure does the same, but with coloured lights and water-based reflections. Both maps offer a kaleidoscopic showcase of the potential power of ray-tracing. When you’ve got global light shining down into water via bright-red coloured cubes, it’s truly a remarkable thing to witness.

Minecraft RTX also shows that ray-tracing’s potential as an artistic tool may not be the obvious one. Ray-tracing has always been the holy grail of photo-realism, and no doubt it’ll get used in this area, but ray-tracing may be better suited toward a more abstract, surrealist future. It says a lot that the other game which uses ray-tracing brilliantly is Control. Remedy’s shooter is all about exploring strange and surreal environments.  The great irony of ray-tracing is that, when it’s deployed properly, it doesn’t stand out, so you need to build your game to make it stand out. Seeing ray-trading used to create dazzling light and reflections displays is far more impressive than seeing it used to make Captain Price’s cigar glow more realistically in Modern Warfare. Minecraft RTX is currently in public beta. If you’ve got a digital copy of Minecraft and an RTX card, you can give it a go for free by downloading the Xbox Insider Hub from Microsoft Store, clicking on the “Insider Content” tab, and joining the beta. Note that the RTX beta only works with the maps that have been designed specifically for it, but these can be downloaded for free via the Minecraft marketplace. I’d thoroughly recommend taking a look, and giving your RTX card a bit of a workout.