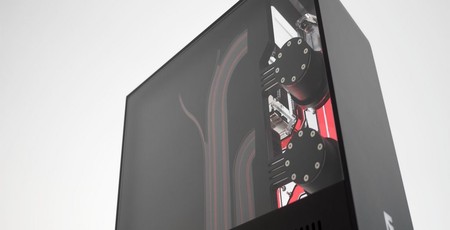 The decorations are down, the sales are on, and the New Year is finally upon us. I think it's safe to say that 2017 was simply a spectacular year for modding. As ever the level of finesse shown off in this year's entries was superlative, I know plenty found it exceedingly difficult choosing their favourites to vote for. But the votes are in and the results tallied! If you weren't around and missed the listings, be sure you head on over to the announcement thread to check out the eye candy as chosen by our community!

We'd like to thank each and every one of you who helped to make bit-tech a continued home for modding excellence this year, be it posting a project log, getting involved on the forums and projects in general or simply putting in your vote. It's such a treat to have so much talent in one place, truly.

Likewise, we had some incredible runners up this year. Particular mentions go to TRON by Deblow, MODZERO JUICE by HackJoe, Verktøy Cu by Derick and SteigerWood by L3p in the Casemod category, along with V8 Ocean by eucalyptus in the Scratchbuild category. You were all right up there in the voting, both from the public and the judging panel.

Congratulations to the three winners of the Corsair LL120 RGB triple packs, Keesz, Isra and ModRod! I will be in touch shortly about these.

Mod of the Year/Best Overall Project

A year in the making, this build was destined to be something special right from the word go.  Andreas designed not only the build itself from the ground up, but he also built the machine he used to cut it all with, the entire process logged in meticulous detail. The cooling system is as elaborate as they come, with extensive use of distribution plates, custom mounts and cable work that really sets it right at the top of the list. Add to that the stunning photography, and it's no surprise that Wing X99 nabbed the top spot for 2017. Daniel "Twister" Bolognesi is no stranger to bit-tech's Mod of the Year proceedings; in fact, he placed fourth in 2012 and came second in 2016. Well his time has come with Project CrystalliZed 570X. In a stunning rendition of Corsair's Crystal 570X, Daniel took the case's theme to the core of the design, remaking the panels so that the whole case this time would be crystal. He also eschewed rainbows in favour of a sleek monochromatic look that really helps to push the theme to a new level. Touches of colour come from the optional coolant changes and lighting, and the whole build is tied together by immaculate cable work. Scratchbuild of the Year

Brian "Boddaker" Carter is name no doubt many on here will recognise, known for his incredible body work such as shown in Cosmos Cruizer back in 2015. Themed builds are not easy, doubly so when you decide to remake a vehicle from a galaxy far, far away. Brian modeled Rey's speeder with true artistic style and incorporated the hardware in an equally fitting manner. The worn and weathered look definitely fits the Star Wars universe, and thankfully not a Porg in sight! 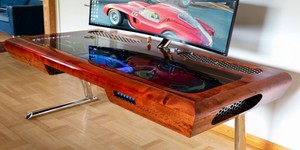 The votes have been weighed, the mods have been measured, we want the winners! 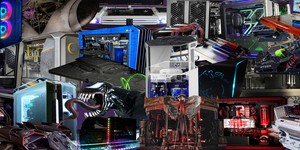 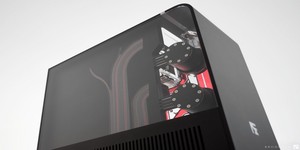